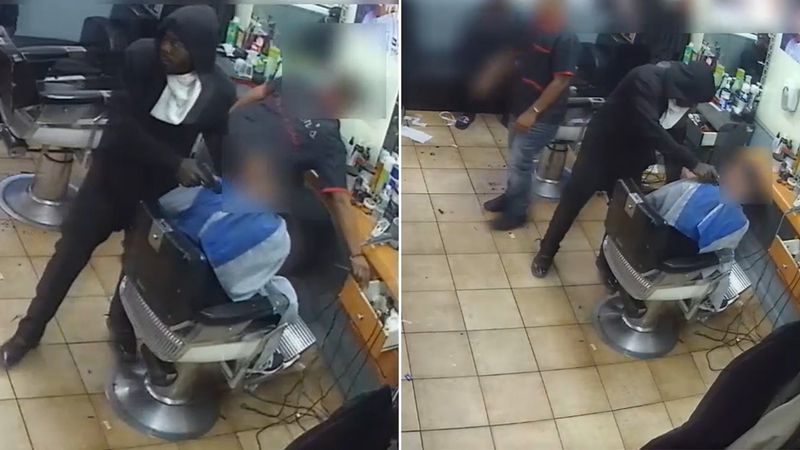 BROOKLYN, New York -- A man was robbed at gunpoint while getting a haircut at a New York City barbershop.

Police said it happened as the 30-year-old regular customer was sitting in a chair at Milton's Barbershop on Maujer Street in Brooklyn around 4:30 p.m. on October 14.

Video shows the robber shoving a gun into the victim's neck and searching through his pockets.

BARBERSHOP ROBBERY: Police are looking for the man who robbed a customer at gunpoint as he was getting a hair cut at a Brooklyn barbershop https://t.co/4PasVRNX8m pic.twitter.com/ThevjHcQq2

But according to barbers and customers, the robber really wanted the man's watch.

Video shows the moment a man was robbed at gunpoint while getting a haircut at a Brooklyn barbershop.

Police have a different theory: They said the victim rolled up to the barbershop in an expensive BMW, which may have triggered the robbery.