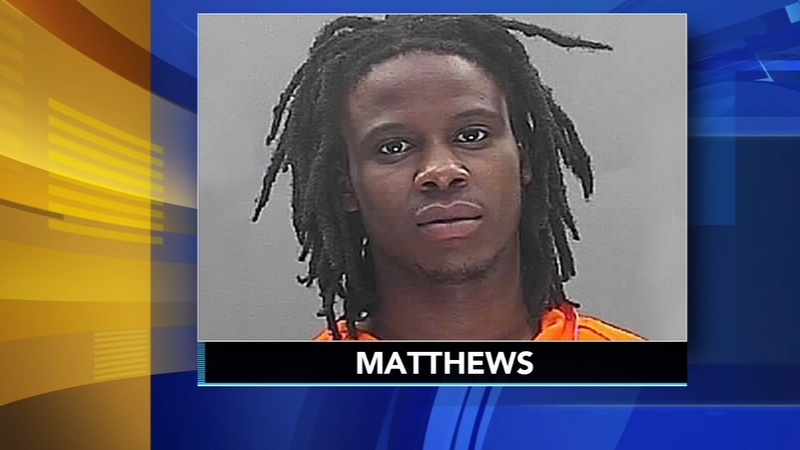 Willingboro murder suspect due in court

WILLINGBORO, New Jersey (WPVI) -- The suspect in a double murder in Willingboro, New Jersey has been indicted for killing his ex-girlfriend's grandmother and brother inside of their Eastbrook Lane home.

Authorities say both victims were stabbed multiple times and Ishon had been drowned in a bathtub.
Matthews led police on a chase and live-streamed it before being arrested.

According to the Burlington County Prosecutor's Office, the motive for the killings stem from an argument Matthews and his ex-girlfriend had during a telephone call earlier in the day.

Matthews was charged with two counts of murder, kidnapping and other related offenses.

After that arrest, police said he was connected to and charged him with the February slaying of a man who was sitting in a parked car in Willingboro.
Report a correction or typo
Related topics:
willingborotrialcourtnew jersey newshomicidedouble murder
Copyright © 2021 WPVI-TV. All Rights Reserved.
More Videos
From CNN Newsource affiliates
TOP STORIES