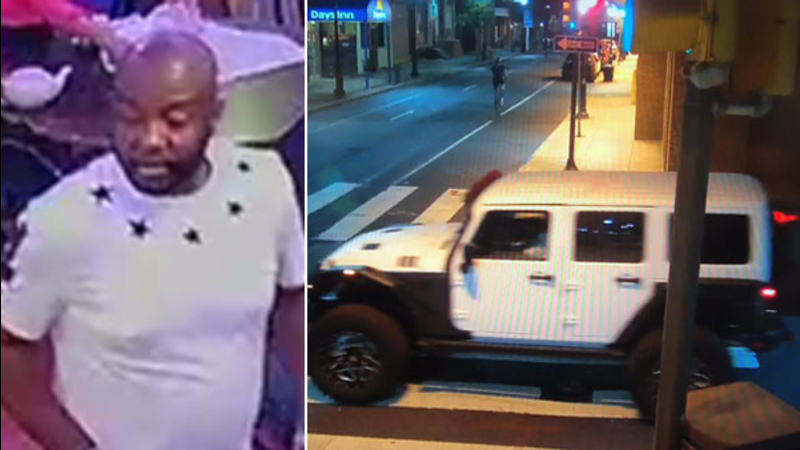 COLLINGDALE, Pa. (WPVI) -- Brendon Hay has been sentenced to four to eight years in prison for his involvement in a fatal hit-and-run in Center City Philadelphia last August.

A judge sentenced 35-year-old Hay on Thursday to three to six years for accident involving death and an additional one to two years for Homicide by Vehicle.

Hay fled the scene after his Jeep struck and killed a homeless woman, 53-year-old Ann Broderick, just before 3:30 a.m. in the 1300 block of Race on August 6.

Police say a tip led investigators to a white Jeep Wrangler Rubicon in Collingdale, Delaware County. That Jeep was captured on surveillance footage near the scene of the hit-and-run accident.

A man, identified as Hay, along with three other men were captured on surveillance pictures getting something to eat at the Jade Harbor restaurant at 10th and Race after the crash.