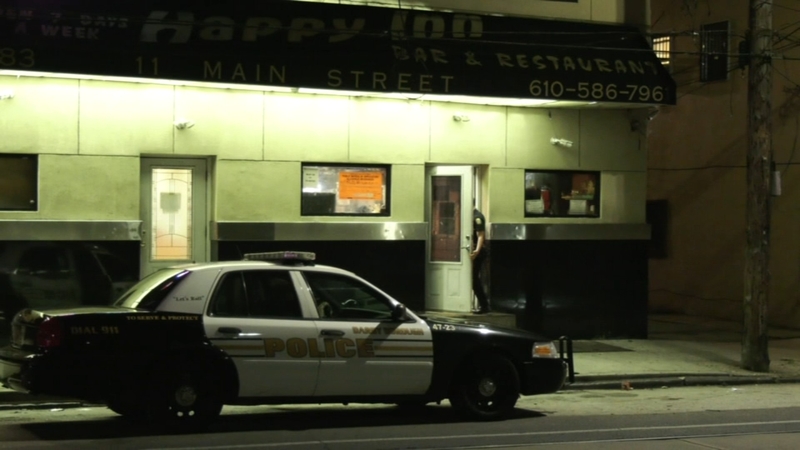 PHILADELPHIA (WPVI) -- Philadelphia police are searching for a man who shot another man after following him from a Delaware County bar after the two got into an argument.

It started at the Happy Inn on Main Street in Darby around 1:30 a.m. Saturday.

Police tell Action News that the men were fighting over a woman.

The victim, a 22-year-old man, left and began walking back to Philadelphia.

The suspect allegedly followed him and shot the man in the leg on Island and Woodland avenues in Southwest Philadelphia.

The suspect then ran into some nearby woods.

Police chased him for a short time, but were unable to catch him.

The victim was taken to Penn Presbyterian Hospital in stable condition.