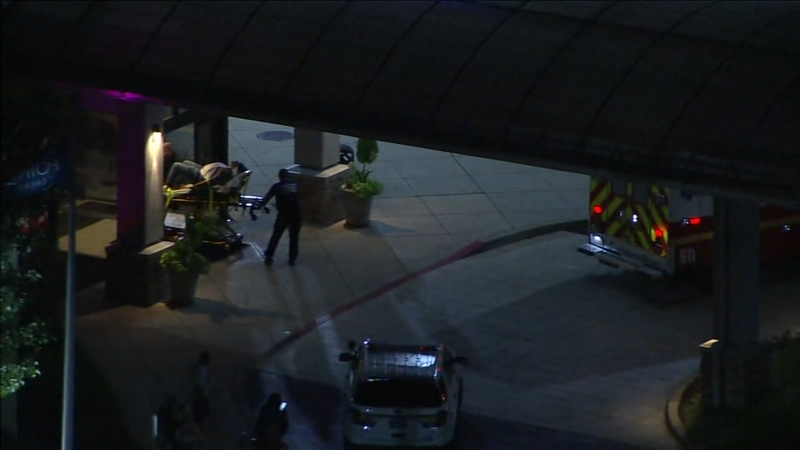 PHILADELPHIA (WPVI) -- A man is in critical condition after being shot in the stomach Monday night at a Sheraton Hotel in Northeast Philadelphia.

Around 10:30 p.m. police were flooded with 911 calls with reports of gunshots at the Four Points by Sheraton off of the 9400 block of Roosevelt Boulevard.

Police arrived to find a 44-year-old man in his room on the 6th floor with a gunshot wound to his stomach. He was still conscious but not talking to police.

The man was taken to Jefferson Torresdale Hospital in critical condition and underwent surgery overnight.

Police said they found blood and one spent shell casing just outside of his room in the hallway, but they did not find much else.

The victim was in the room with his girlfriend. Police say she is being cooperative with authorities despite what they discovered in her bags.

"There's several large tote bags. There is a smell. It appears to be marijuana so our officers are going to have those bags investigated and searched," said Philadelphia Police Chief Inspector Scott Small.

They haven't been able to get much information from the victim, but a number of surveillance cameras at the hotel could provide more evidence.

Police do not have a motive or a suspect at this time.
Report a correction or typo
Related topics:
northeast philadelphiaphilly newshotelshooting
Copyright © 2021 WPVI-TV. All Rights Reserved.
More Videos
From CNN Newsource affiliates
TOP STORIES