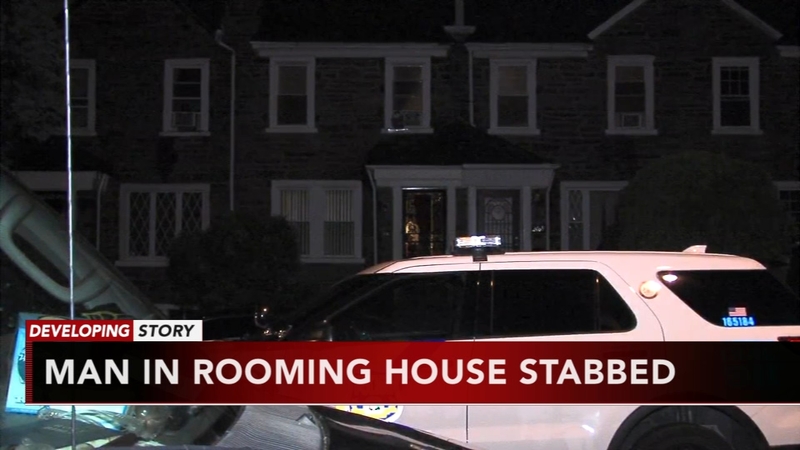 WEST OAK LANE (WPVI) -- Police are looking for the suspect who stabbed a 58-year-old man during an argument in the city's West Oak Lane section.

The Action Cam was on the scene at a rooming house on the 2400 block of 77th Street.

Police say the two men got into an argument at about 4:15 a.m. Sunday morning in the basement of the building.

The suspect pulled a knife and stabbed the man three to four times in the chest and once in the arm, he also had a number of cuts on his face.

The victim was transported to Einstein Hospital, where he was placed in critical condition.