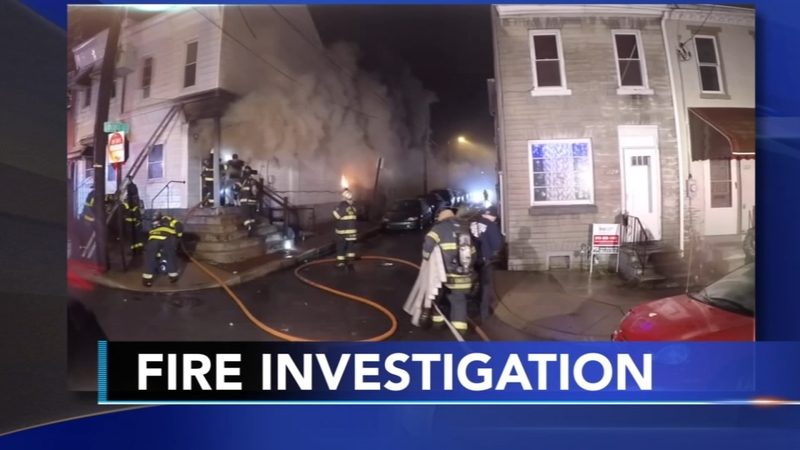 READING, Pa. (WPVI) -- Investigators are trying to determine why the man was trying to get inside the burning building as well as what sparked the blaze.

There were multiple confrontations between a man and firefighters in Reading Sunday, all while a building was fully engulfed in flames.

It happened around 3:30 a.m. Sunday when fire crews arrived on the 1100 block of Buttonwood Street in Reading.

Fire officials say that's when a man, at least appeared, to try and keep crews from hooking to the nearest fire hydrant.

"It was a gentleman and I guess standing in front of them waving, just interfering with them, as they tried to nose-in on the hydrant," said Reading Fire Chief William Stoudt.

Moments later, fire officials say that same man tried to run into the building that was engulfed in smoke and flames.

Firefighters were able to keep him from getting in, but officials said a short time later the same man tried to enter the building again.

Surveillance video shows the man arguing with two other people after he attempted to enter the building.

Stoudt says the investigation is ongoing but there is no indication the man was trying to save anyone.

"I don't know what this gentleman's intentions were. It just seemed to be more problematic than anything else," he said. "I don't think he was attempting to get back in to get an individual or a pet or anything. So you just think he was trying to run interference? It would appear that way from my understanding."