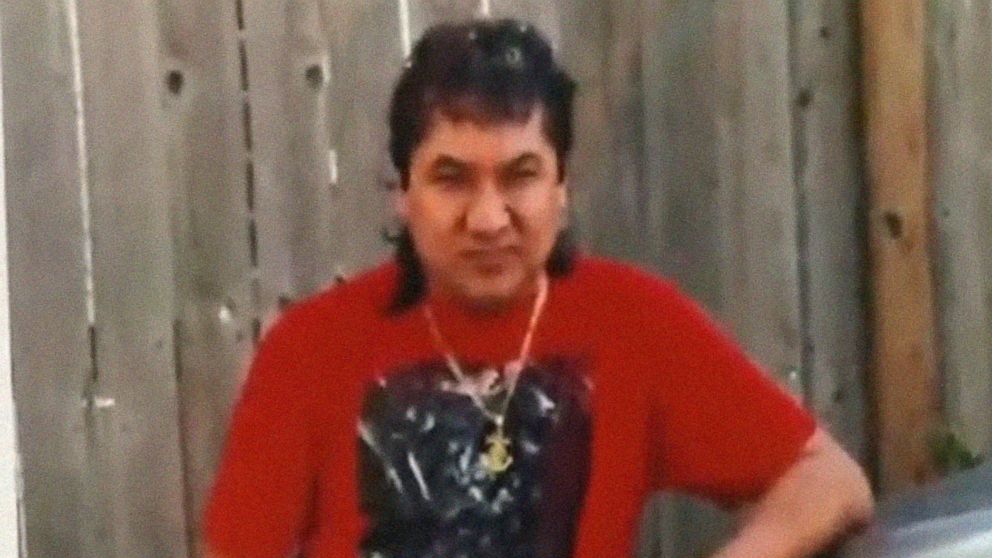 A fugitive suspected of ambushing and gunning down a Texas deputy constable during a traffic stop over the weekend in Houston has been taken into custody in Mexico, authorities said Wednesday.

Oscar Rosales, 51, has been charged with capital murder in the fatal shooting of Cpl. Charles Galloway of Harris County Constable Precinct 5.

His arrest comes amid a string of shootings of law enforcement officers across the country in the past few days, including two New York City police officers who were killed while answering a domestic violence call Friday and a sheriff's deputy in Milwaukee who was shot multiple times following a traffic stop early Wednesday morning.

Rosales was the subject of a nationwide manhunt until he was taken into custody at a hotel in Ciudad Acuña, Mexico, a border city about 575 miles west of Houston, U.S. Marshal Deputy Cameron Welch told ABC station KTRK in Houston.

His capture was coordinated by the U.S. Marshals' Gulf Coast Violent Offenders Task Force and its Fugitive Task Force in conjunction with Mexican authorities, officials said. U.S. Marshals are working to extradite him back to Harris County.

On Monday, Houston Police Chief Troy Finner identified Rosales as the suspect who allegedly gunned down Galloway early Sunday when the deputy pulled over a white Toyota Avalon in a residential neighborhood of southwest Houston.

Finner said investigators obtained video of Rosales getting out of the car with an "assault-type weapon" and opening fire on Galloway without warning as the deputy was still seated in his patrol vehicle. He said Galloway, who was shot multiple times, did not have an opportunity to defend himself.

Finner said Reina Marquez and her brother are alleged to have tampered with the Toyota Avalon, which has since been recovered by police.

Galloway's death comes about three months after Harris County Constable Precinct 4 Deputy Kareem Atkins, 30, was shot to death in an ambush outside a Houston sports bar that also left Atkins' partner wounded. A 19-year-old suspect was arrested in December and charged with capital murder.

Lucas said one of the vehicle's occupants got out and ran, and the deputy was shot multiple times while chasing the man. A second occupant of the car was arrested, officials said.

The deputy, a member of the Milwaukee County Sheriff's Office for 18 months, was shot in both arms and his torso, Lucas said. He said the deputy was being treated for non-life-threatening injuries.

On Friday night, 22-year-old rookie New York City police officer Jason Rivera and his partner, Officer Wilbert Mora, 27, were shot when they responded to a domestic incident in Harlem. Rivera died at a hospital shortly after the incident, and Mora died on Tuesday. The suspect was fatally shot in the episode.

On Dec. 29, Bradley, Illinois, Police Sgt. Marlene Rittmanic, 49, was fatally shot and her partner was wounded when they responded to a barking dog complaint at a hotel. Two people were arrested in the case, including one who allegedly shot Rittmanic with her own gun, and are facing the death penalty if convicted.
Report a correction or typo
Related topics:
abc newsnational
Copyright © 2022 ABC News Internet Ventures.
TOP STORIES
5 people shot in North Philadelphia near Temple University
Delco bus driver accused of taking upskirt photos of students
AccuWeather: From showers to sunshine
Rise in brazen thefts force convenience stores to close
Oz, McCormick locked in tight race. Could a recount be triggered?
Man charged in Buffalo supermarket shooting due back in court
1st monkeypox case in US this year reported in Massachusetts
Show More
Biden invokes Defense Production Act for formula shortage
Red Cross registers hundreds of Ukrainian POWs from Mariupol
18-year-old dies after being trapped under sand at Jersey Shore
NJ school nurse saves life of student's grandmother
Election Results: Live updates on Pennsylvania primary races
More TOP STORIES News