Buckingham Township, Hilltown Township, Yardley and several other communities have been targeted.
WPVI
BUCKINGHAM TOWNSHIP, Pennsylvania (WPVI) -- Investigators believe 1,000 car break-ins in Bucks County, Pennsylvania and parts of western New Jersey over the past year are all connected.

Officials said it is not clear if there is only one person responsible or a group of people; however, they said this suspect has been spotted at the scene of multiple thefts. 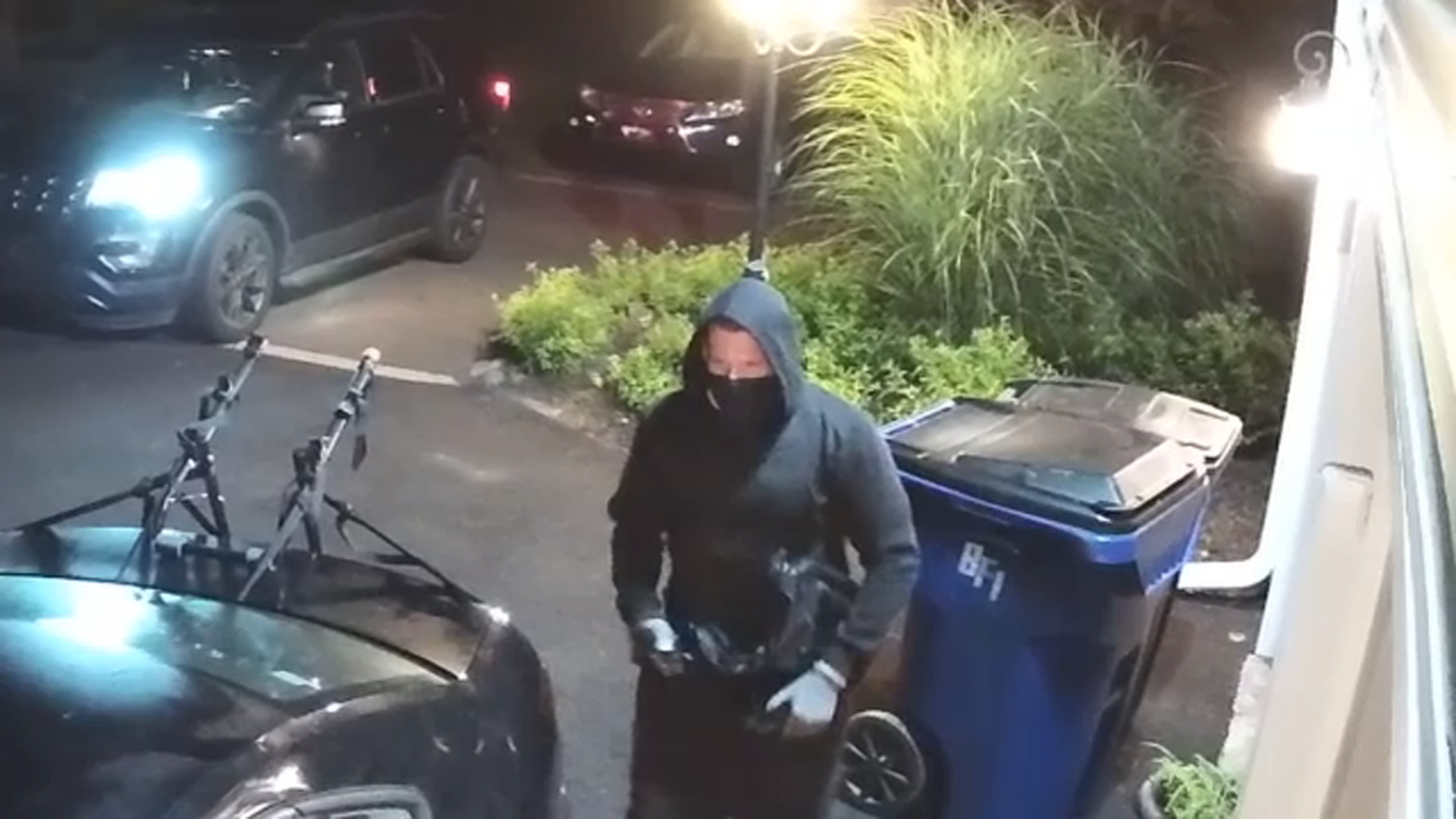 "Police are warning vehicle owners to lock their vehicles because, so far, only unlocked vehicles have been entered during the spree, which began as far back as September 2019," the D.A.'s Office said.

Police said items such as vehicle registration and insurance cards, credit cards and loose change have been stolen from the vehicles, as have smaller items like pens and sunglasses.

Officials said the suspect, who has been spotted on surveillance cameras and by witnesses, has been linked to the multiple break-ins due to similar clothing descriptions: a black sweat suit, dark-colored gaiter mask, gloves, and white and orange Nike sneakers.

They said the person is known to wear a satchel-style bag slung across the shoulder, which is used to stash the stolen goods.

Officials said the suspect seen has a distinctive style of walking and running.