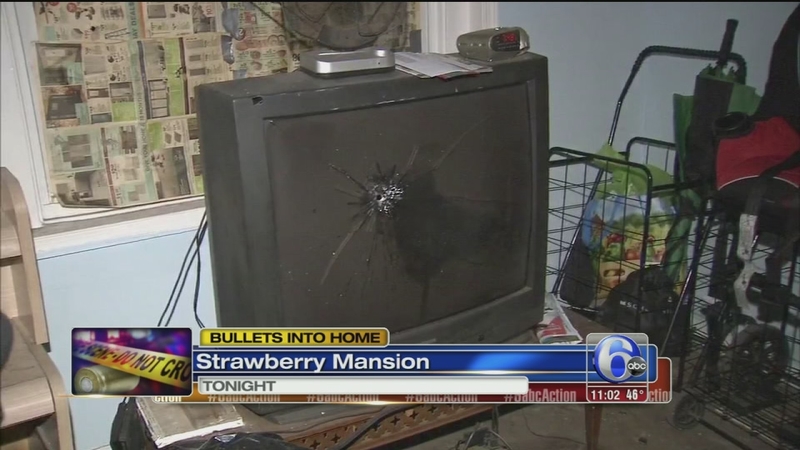 STRAWBERRY MANSION (WPVI) -- A 69-year-old man was watching TV inside a home in the Strawberry Mansion section of Philadelphia when he was struck by a bullet.

"He was visiting friends in the house like he normally does, he even has his seat that he normally sits in in the living room," Philadelphia Police Chief Inspector Scott Small said.

The homeowner says he was upstairs shaving, but he usually sits right next to Haskins.

Police say someone outside fired at least six shots through the front window of the row home.

"One of the bullets passed through the center of a television that the 69-year-old male was sitting and watching when he got shot," Small said.

Haskins was taken by paramedics to Temple University Hospital where he was treated for a bullet wound to the shoulder.

Police believe a younger man who lives in the house was the intended target, but he was not home at the time.