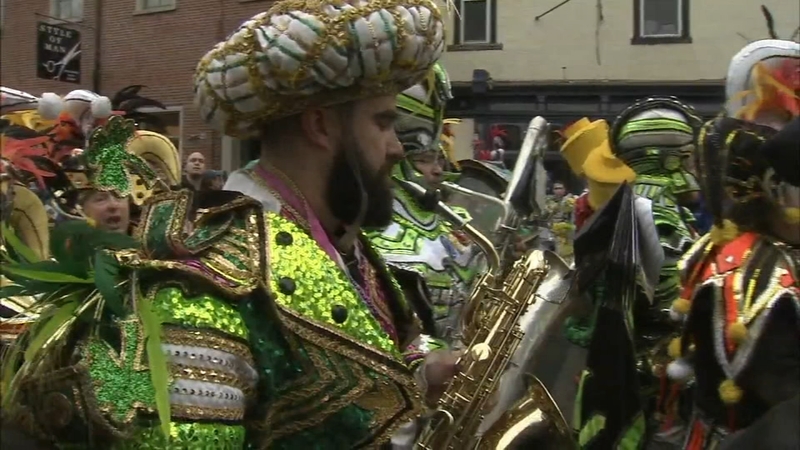 "I'm just happy and excited to play some saxophone with the Avalon String Band," said Kelce.

Kelce is not a card-carrying, dues-paying member, playing the saxophone and wearing that now-famous suit the group lent him for the Eagles Championship Parade.

Kelce's connection to the band - his hairdresser's husband is a member.

"They were kind enough to lend me one of their suits so the least I could do is march with the guys and join their parade," said Kelce.

Kelce's participation might have given a boost to attendance this year, but this parade, in its fifth year, is becoming a city tradition.

All 16 Mummers string bands march in the event. The parade brings out loyal fans and some new ones, too.

"It's the best of both worlds," said Peggy Mally of Drexel Hill. "The weather is fantastic on a day like today. Normally it's so much warmer than on New Year's Day."

The parade has raised more than $75,000 to help preserve the Mummers tradition