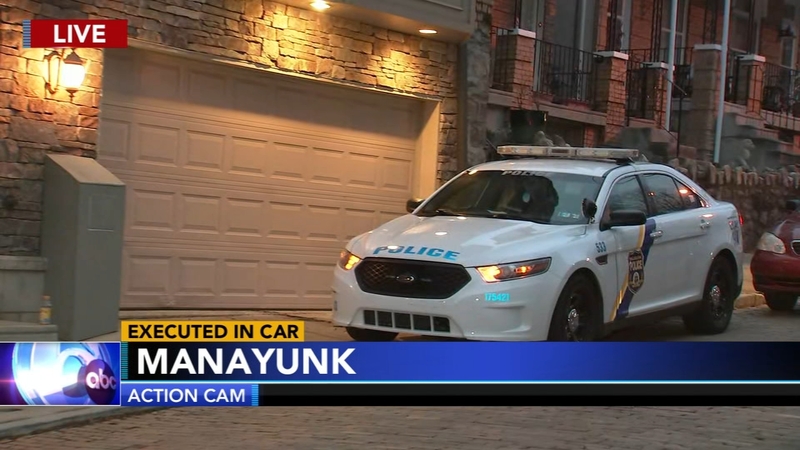 PHILADELPHIA (WPVI) -- Philadelphia police are investigating an ambush shooting that left a man dead in Manayunk on Tuesday night.

Police tell Action News the male victim was shot multiple times inside a vehicle parked in the garage.

"That garage was completely filled with thick smoke. When the fire department finally cleared the smoke, that's when they realized that there was a body inside of a Hyundai SUV," said Chief Inspector Scott Small. "The victim was sitting in the driver's seat. The engine was running, that's what caused the garage door to be filled with smoke."

Investigators said the tires were still spinning as if the driver had just pulled into the garage.

Police say the man was pronounced dead at the scene.

Small says over 30 shots were fired from what they believe to be a semi-automatic weapon. Police said this was an ambush, execution-style murder, but are still unclear as to the motive.

Investigators believe they know the victim's name, but are still working to identify his information.