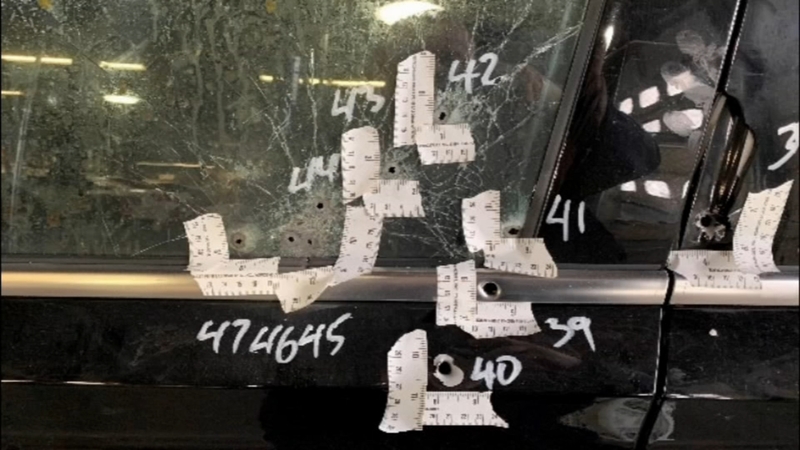 PHILADELPHIA -- Action News has obtained police photographs showing the bullet-riddled SUV that was involved in a murder in Manayunk Tuesday night.

Sources tell Action News that 43-year-old I. Dean Fulton was pulling into his driveway when a gunman unleashed dozens of bullets into the home.

Fulton was found in the driver's seat with the engine still running. He was pronounced dead at the scene.

Man gunned down in Manayunk was major drug dealer, under investigation by FBI: Sources

According to sources, Fulton was a major drug dealer and was under investigation by the FBI. Police recovered over a dozen cell phones and at least one gun from his home.