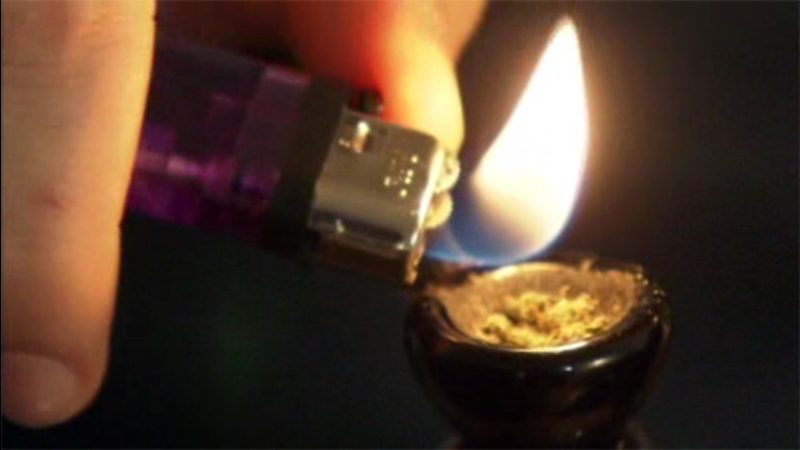 CENTER CITY (WPVI) -- Philadelphia City Council has passed a bill that would decriminalize the possession of a small amount of marijuana.

The new ordinance means people caught with a little less than an ounce of the drug will no longer be arrested.

This has been a long lasting, ongoing debate. But finally, key council members reached a compromise with Mayor Michael Nutter, and now the marijuana laws will change next month.

The 14-2 vote will dramatically ease the laws on people caught with small amounts of pot in the city.

Under the new plan, people stopped with less than 30 grams of marijuana (about one ounce) will be subject to a $25 fine.

Those caught using it in public will be fined $100 or be required to perform up to 9 hours of community service.

In either case violators will not be locked up or left with a criminal record.

Of the more than 4,000 arrests in Philadelphia each year for possession of small amounts of marijuana, 83 percent are black or Latino. Whites, the main sponsor says, are not regularly targets for marijuana.

City Council Democrat James Kenney tells us, "To put people in a situation where they can't get a job, can't keep a job, can't get financial aid for college, can't join the military - over three joints in their pocket? It's ridiculous. It's a misuse of our police manpower."

This is a compromise with Mayor Nutter, who was opposing decriminalization.

The bill passed Thursday includes a separate civil offense for smoking pot in public. Police officers will write a violation notice and confiscate the marijuana.