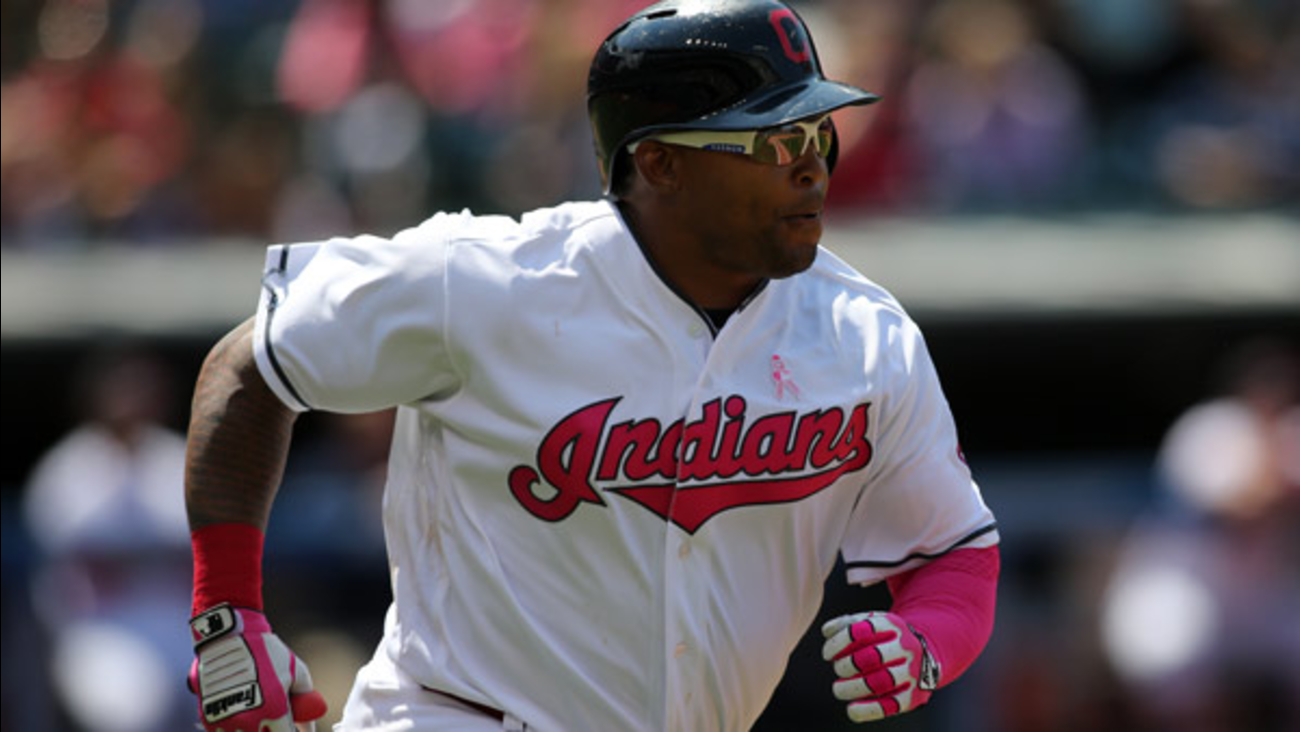 Cleveland Indians Marlon Byrd is seen in action during a baseball game against the Kansas City Royals Sunday, May 8, 2016, in Cleveland. (AP Photo/Aaron Josefczyk)

A person with knowledge of the suspension said Wednesday that Byrd, now with the Cleveland Indians, tested positive for Ipamorelin, a growth hormone releasing peptide. The person spoke on condition of anonymity because the details of Byrd's suspension have not yet been made public.

Byrd was suspended for 50 games in 2012 shortly after he was released by Boston. Major League Baseball increased its penalty for a second offense in 2014 from 100 games to a full season.

The 38-year-old Byrd signed as a free agent in March with Cleveland, which needed veteran outfield depth because both left fielder Michael Brantley and right fielder Lonnie Chisenhall were recovering from injuries.

Byrd is batting .270 with five homers and 19 RBIs in 34 games. He went 4 for 4 with a homer on Monday night against Texas, and then struck out three times in a loss Tuesday. He spent last season with Cincinnati and San Francisco.

To replace Byrd on the roster, the Indians recalled outfielder Tyler Naquin from Triple-A Columbus.

Byrd last played for the Phillies in 2014.