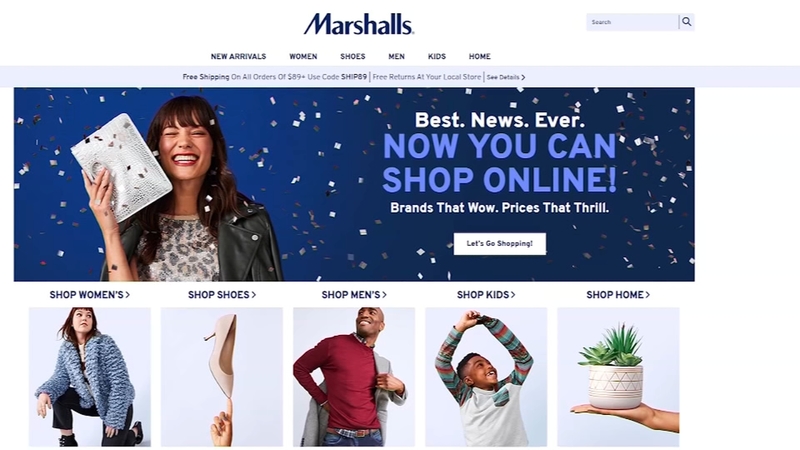 More opportunities to bargain hunt are coming to a computer screen near you.

Discount store Marshalls is launching a website for the first time.

The store's rotating inventory and slashed prices on name brand apparel and home products have kept its more than 1,000 physical locations popular among shoppers.

On Tuesday, Marshalls announced that its new website will have an "ever-changing, fresh mix of merchandise" that mimics its famous in-store treasure hunt experience. Returns can also be made online or at its stores.

Marshalls is owned by TJX Companies, which also operates HomeGoods and T.J. Maxx. The latter has had an online store for several years.

Neil Saunders, managing director at GlobalData Retail, told CNN Business that an online store for Marshalls was likely low on TJX's list because it was focused on expanding its profitable physical locations. Online shopping, however, is a resource that it needed to tap into eventually, he said.

"It's smart because it gives Marshalls a good avenue for future growth," Saunders said.

He cautioned that TJX "be careful" that its online store doesn't cannibalize its stores. "One of the key things about the off-price model is that people will bargain hunt in a physical stores, which doesn't always translate online," he said.

In TJX's most recent earnings, same-store sales missed estimates, partly because of the rise of off-price stores being opened by Macy's and Nordstrom. Sales rose nearly 5% to $10 billion for second quarter ending in early August.