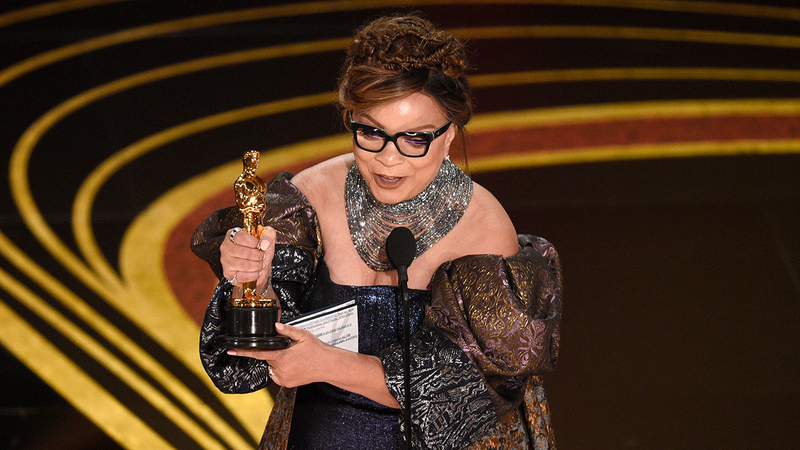 LOS ANGELES -- The Marvel Cinematic Universe is one of the biggest pop culture staples of the last decade, so some fans might be surprised to learn this history-making fact: Sunday night's Oscar wins for Black Panther were the MCU's first.

Ruth E. Carter is the first African-American costume designer to win the category. Carter has previously been nominated for her work on Amistad and Malcolm X.

There have been 20 films since the Marvel Cinematic Universe began with 2008's Iron Man. Before this year, eight MCU films were nominated in the Best Visual Effects category, and outside of that, there were only two more nominations: Iron Man for Sound Editing and Guardians of the Galaxy for Hairstyling and Makeup. None of these 10 nominations turned into a win.

When it comes to the Oscars nominations, the films released in 2018 proved by far the most successful. Black Panther was nominated for seven categories, while Avengers: Infinity War gave the MCU one more nod for a total of eight this year.

Aside from being the biggest film of 2018, Black Panther also achieved the milestone of being the first superhero film ever nominated for Best Picture.

Next up for the MCU: Captain Marvel, set in the 1990s, is out on March 8. Avengers: Endgame will finally reveal what's next for the band of heroes after Avengers: Infinity War on April 26. And Spider-Man: Far From Home hits theaters July 5.

SEE ALSO: All the Marvel, Disney movies coming out in 2019