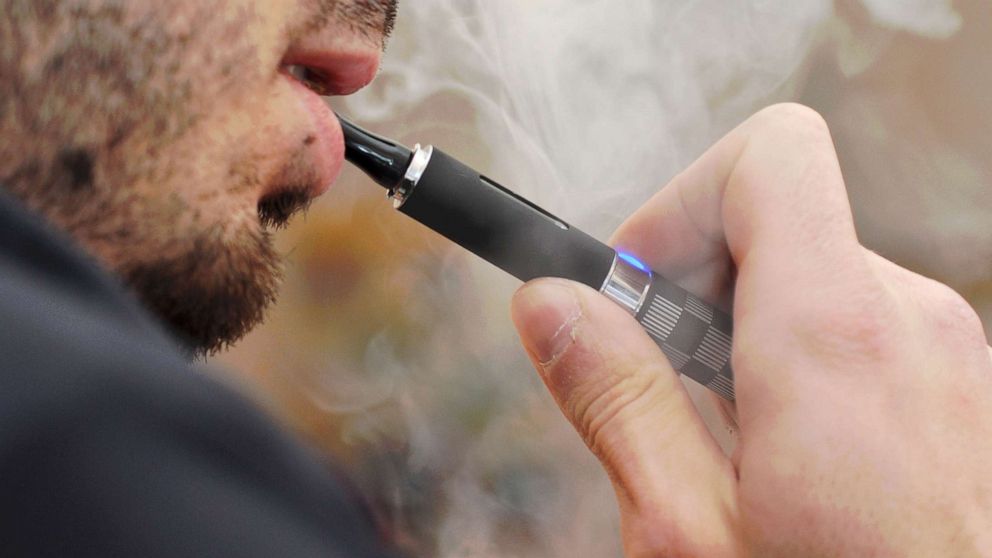 A handful of e-cigarette shop owners in Massachusetts are suing over the state's temporary ban on all vape products, arguing in court documents that it is unconstitutional, one of them telling ABC News that his seven years of hard work in building his business was "gone in five minutes."

"This ban is a death sentence to all the shop owners," Craig Rourke, an attorney who is representing the store owners, told ABC News Tuesday.

"Monday, they were selling totally legal products, that they had been for years, that were regulated by the FDA," he said. "Wednesday, if they continued that, it would have been a criminal act."

In a lawsuit filed in the United States District Court District of Massachusetts on Sunday, three shop owners representing seven stores are suing the state as well as Massachusetts Gov. Charles Baker and Department of Public Health Commissioner Monica Bharel over the governor's four-month ban on all vape products that was announced last Tuesday.

Rourke argued that a majority of the lung-related illnesses people have associated with vaping are coming from the unregulated "black market, bootleg products" that are mostly used to smoke THC versus nicotine. "All of the products sold at my clients' shops have been regulated by FDA," he said.

Rourke said the business owners were given no notice that the ban was coming or chance to be heard. Moreover, some of them, including Behram Agha of Weymouth, exclusively sell electronic cigarette products and were effectively put out of business overnight.

"Some of my other clients also have other services or items for sale in their shops, but the vapor products are 100% of what Behram sells at his shops, so he's out of business," Rourke said.

Agha owns four vape shops and told ABC News that he found out about the ban via Twitter.

"No warning was given, I found out on Twitter that the ban was happening, and then everything went into chaos," he said. "Seven years of hard work gone in five minutes."

Agha added that he has been in business for over seven years and has never received any complaints over health problems from his products from customers, and has also had zero violations of any health codes.

Agha said he was forced to lay off his entire staff of 11 people.

"Everything is in chaos right now, because today is the first, bills need to be paid today, our accounts are depleted, I have no clue what to do next," he said. "One of my employees has four kids so he is in a state of panic at the moment."

With the lawsuit, Agha said he hopes it gives the store owners a chance to be heard.

"I hope the judge listens to us and sees what all the shop owners are going through and makes a fair decision," he said.

It's not just the businesses that are being impacted, Agha added. He said that he receives calls from customers every day asking for an update, and that a lot of them have told him that they have switched back to smoking cigarettes -- or are simply driving to a neighboring state to buy their products.

"I have a veteran who lives in Beverly, she has no way to go to New Hampshire to go to store," he said. "And a lot of customers have told us that they have switched to cigarettes already."

Crackdown on nicotine products may be misplaced, some experts say

As the crackdown on vaping products reaches a fever pitch nationwide and multiple states announced bans on flavored e-cigarettes, the lawsuit contends that there is a common conflation that all vapes are causing the mysterious lung illnesses.

"This outbreak does not appear to be associated with traditional legally-sold e-cigarettes, but with illicit and sometimes counterfeit THC vaping cartridges," said Dr. Michael Siegel, a professor at Boston University School of Public Health.

The Massachusetts Department of Public Health declined to comment, citing that it does not comment on pending litigation.

"The administration has declared a public health emergency in Massachusetts and has ordered a four-month temporary ban for retail and online sales of all vape products, effective immediately. The administration will continue to work with medical experts and federal and state officials to better understand why vaping is causing lung-related illnesses and consider all options as next steps. The administration does not comment on pending lawsuits," Terry MacCormack, the deputy communications director for the office of Gov. Baker told ABC News.

In a press release announcing the ban last week, Baker said, "The use of e-cigarettes and marijuana vaping products is exploding and we are seeing reports of serious lung illnesses, particularly in our young people."

"The purpose of this public health emergency is to temporarily pause all sales of vaping products so that we can work with our medical experts to identify what is making people sick and how to better regulate these products to protect the health of our residents," the statement added.