Can you solve this? Tricky math riddle goes viral 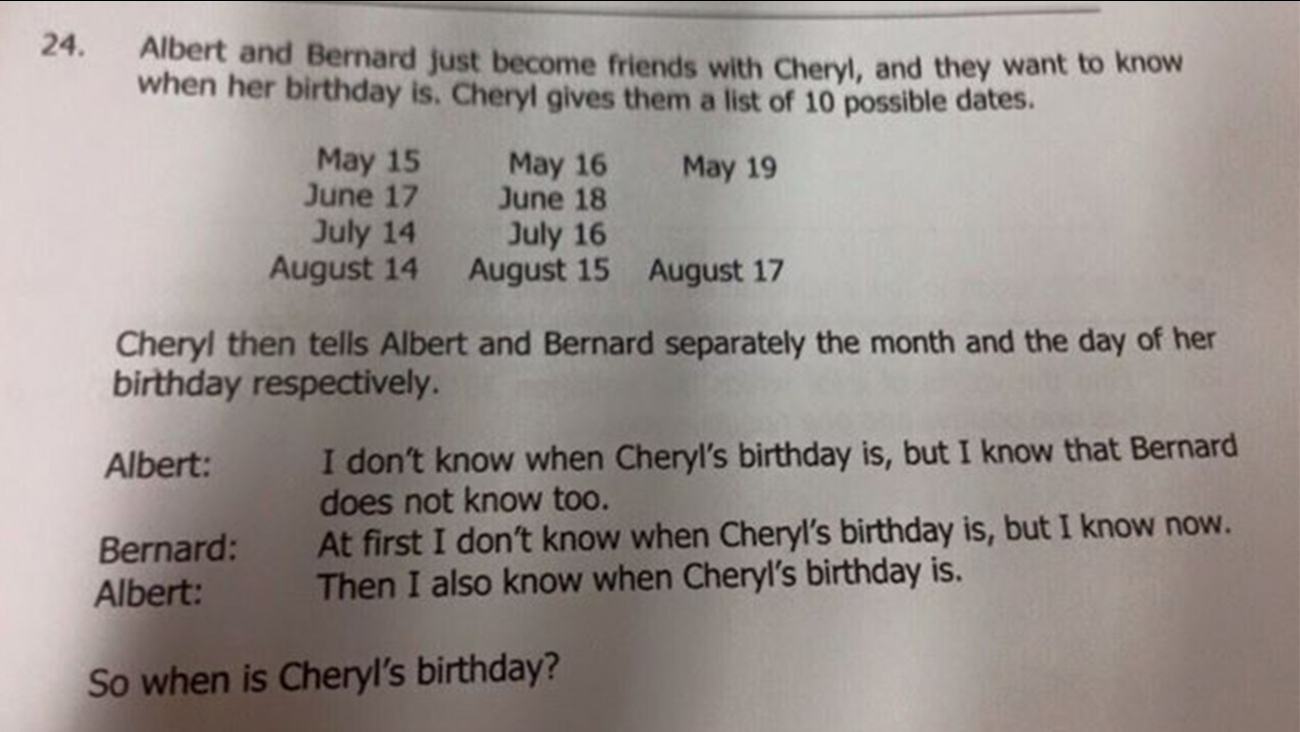 One difficult logic riddle has left many across the internet stumped. (Kennethjianwen/Facebook)

Think you're smart? Then you need to check out this difficult math riddle.

A Singaporean TV presenter posted to Facebook a math/logic riddle on April 10, which quickly went viral. The riddle, which was used in the Singapore and Asian Schools Math Olympiad, asks to figure out the birthday of a woman named Cheryl with limited information.

The riddle has seemed to confuse the Internet, with many trying to decipher what day was actually Cheryl's birthday. Many were confident in their answers, while others believed there wasn't enough information presented in the question to find the solution.

Her birthday is on June 17th! #cherylsbirthday

But even with the limited information, there is a solution. If you want to try and solve, don't look below.

OK, are you ready? There's no turning back!

Here's the steps to figuring out the correct birthday:

Facebook User Study Room posted a detailed explanation on how to solve the puzzle.

But why does Albert know that Bernard does not know?

Initially, Bernard does not know when Cheryl's birthday is, but how did he know after Albert has first spoken?

Out of the 5 remaining dates in July and August, the day ranges from 15 to 17, with only 14 occurring twice.

After Bernard has spoken, Albert now knows when Cheryl's birthday is. If Cheryl has told Albert her birth month is August, then Albert would not have known because there are two possible dates in August.