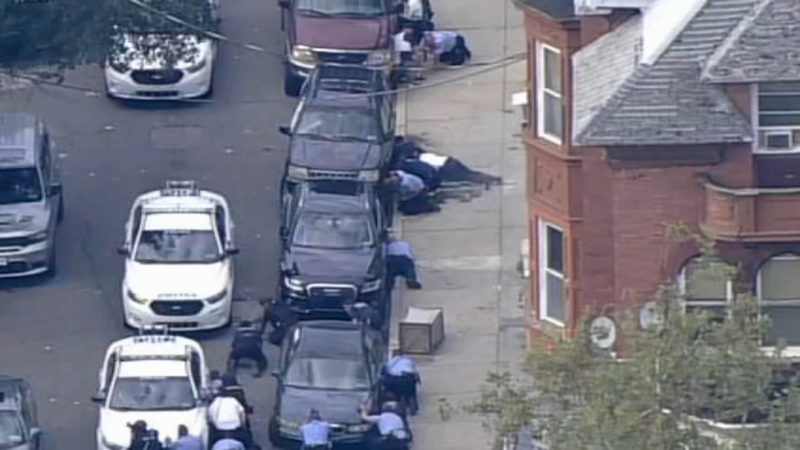 Examining the Philadelphia shooting suspect's past

PHILADELPHIA (WPVI) -- New details have emerged about the phone calls that led to the surrender of 36-year-old Maurice Hill, the suspect in the brazen shooting and standoff in Philadelphia's Tioga-Nicetown section on Wednesday that injured nine officers.

Defense attorney Shaka Johnson, who has represented Hill for a long time, says Hill calls him "uncle" and says he received a distraught call from his client around 8 p.m.

"When I said it I said, 'Are you the guy they're talking about on television?' And for the first thirty seconds I had to chastise him a bit," Johnson said.

Krasner refuses to take credit for the surrender and gives all the credit to police and the use of tear gas.

"The last thing we wanted was to come out of this with officers going into take him, someone who fired off 100 rounds, and have them fired upon or God forbid killed," Krasner said.

During the conversation, Johnson said no deals were made and that Ross stayed true to his word and did not agree to anything he couldn't come through with for Hill.

Hill has a lengthy rap sheet, including state and federal convictions on weapons charges. Ultimately, Johnson said it was about connecting on a human level that he thinks kept Hill calm and prevented any more officers from getting injured.

Hill was upset about not being able to see his new three day old baby.