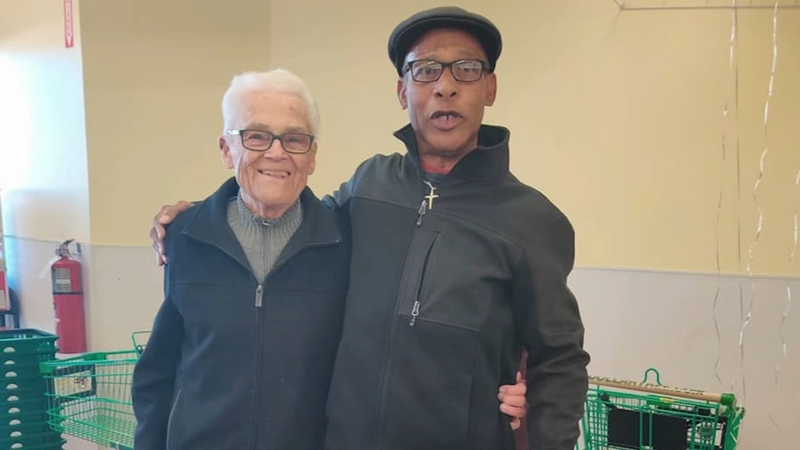 PHILADELPHIA (WPVI) -- In a line at a store in the Mayfair neighborhood of Philadelphia, Maria Morrone says her whole perspective on life changed.

"I felt like it was such a beautiful moment," she said.

Morrone was behind two men who struck up a conversation. That's when a man, who we only know as "Wayne," bought Jimmy Johnson's cart. Wayne quickly learned that Johnson is a World War II veteran.

"It warmed my heart, so I knew if I felt that way, there's a strong chance that other people would take something from it as well," she said.

So she wrote about it on Facebook and it quickly got hundreds of shares.

Johnson doesn't quite understand Facebook, but he says what's even more unbelievable is all the people reaching out to him.

"Talking from a different background, different races, different religions, and you were talking so nicely to each other," said Geralyn Johnson who is Jimmy's daughter.

"He said you're 92!? Then he starts screaming. That's when it got big," Johnson said, recalling the interaction.

Johnson and Wayne have reconnected and a lunch is in the works, Action News has learned.

"I'd like to talk to him again because he's interesting," he said.

"I didn't want to do it but he wouldn't take anything back," he said. "All these years, you go through everything, all these years and here I am."