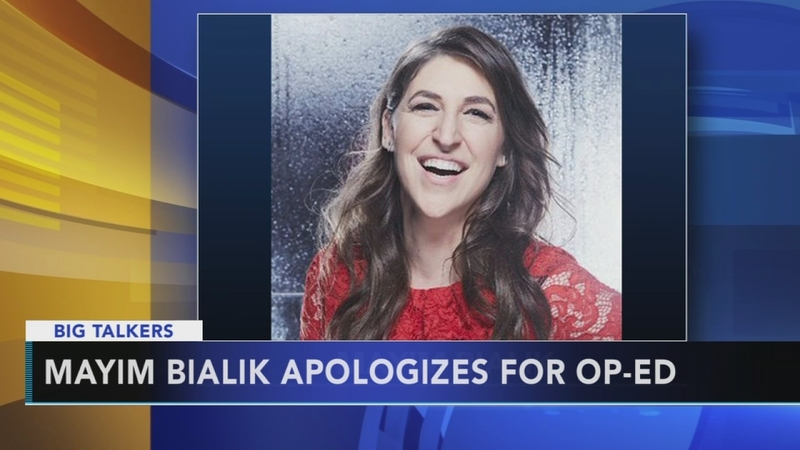 NEW YORK -- Actress Mayim Bialik has clarified her comments on the sexual assault and sexual harassment allegations against film producer Harvey Weinstein after an opinion piece she wrote drew accusations of victim blaming.

Bialik wrote in a New York Times piece published Friday that she makes choices to be "self-protecting and wise" like dressing modestly and not acting flirtatiously.

She later added that nothing "excuses men for assaulting or abusing women" and women should be able to wear and act however they want.

Women ID as assault, harassment victims with 'me too' tweets. Matt O'Donnnell reports during Action News at 6:30 a.m. on October 16, 2017.

Bialik responded to social media criticism in a Facebook interview with the Times on Monday.

She says women can't avoid being "the victim of assault by what you wear or the way you behave." She adds that she regrets that the piece "became what it became."