Voters to elect new mayor in Philadelphia, other officials in Pa. and N.J. 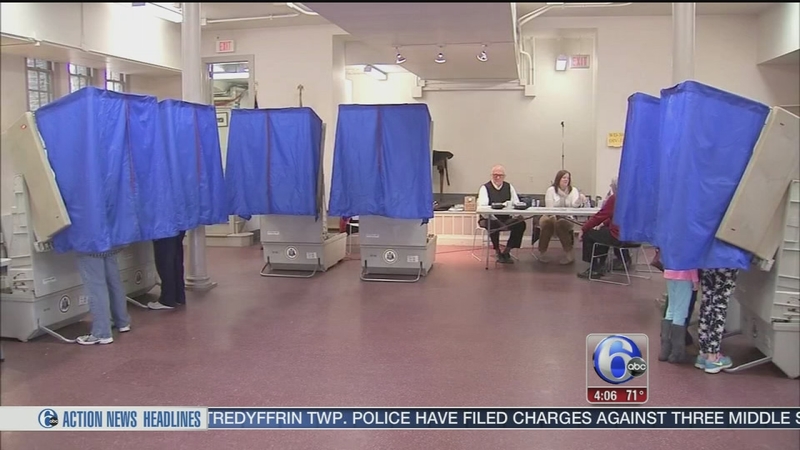 VIDEO: Election Day around the area

Former Philadelphia City Councilman Jim Kenney is looking to take over as Philadelphia's mayor, with a promise to step up efforts to fight poverty.

Kenney, a Democrat, is heavily favored in Tuesday's election in a city that hasn't had a Republican mayor since 1952.

He's seeking to succeed Michael Nutter, who was limited to two four-year terms.

Voter turnout in Philadelphia has been projected at no more than 30% or less.

In addition to the mayor's race, 17 Philadelphia City Council seats are on the ballot.

Three justices must be chosen to fill the Pennsylvania Supreme Court.

And voters in Montgomery County voters will elect a new district attorney.

The battle is between former D.A. Bruce Castor, a Republican, and current Deputy D.A. Kevin Steele who switched parties to become Democratic nominee.

In Philadelphia, District Attorney Seth Williams and the Committee of Seventy will be joining forces to make sure there is no fraud at polling locations.