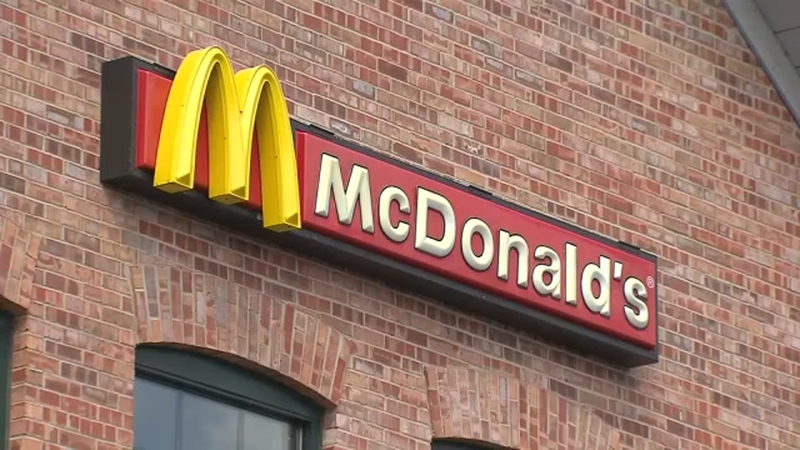 LODI, California (WPVI) -- McDonald's employees in Lodi, California knew exactly what to do when a woman told them she was in danger.

Investigators say she was there with a man who had reportedly threatened to kill her.

As soon as the Sacramento woman walked in on Christmas Eve, she asked for employees to hide her.

"I think it was just one of those kind of flight or fight type of things. They just took over and didn't hesitate," Camera told KOVR-TV.

It turns out the restaurant is a designated "Safe Space" with employees trained to handle all kinds of emergencies.

In this case, they urged the woman to use the restroom.

"Quick thinking on her part. She provided a license plate to the employees at the McDonald's," said Andrea Lopez, spokeswoman for San Joaquin Co. Sheriff.

When she came out, deputies with the San Joaquin County Sheriff's office say she attempted to place an order at the counter, but the man she was trying to hide from, Eduardo Valenzuela, walked in and demanded she go outside.

"And he said, 'No you need order thru the drive-thru," said Lopez.

When she pulled up to the window, Lopez says she mouthed the words "Help Me" and that's when employees took action.

"Our manager actually had our employees hold up the drive-thru line so that we were able to stop that car from moving forward," said Camera.

When deputies arrived, they were quickly rushed outside to the drive-thru. They ordered Valenzuela out of the car and discovered a loaded stolen revolver tucked away inside.

The restaurant credits the employees for taking their emergency training seriously.

"It was such an exciting and proud moment for us to know that what we're doing is working and that our employees are comfortable handling things like that," said Camera.