Fireball seen in the sky across East Coast 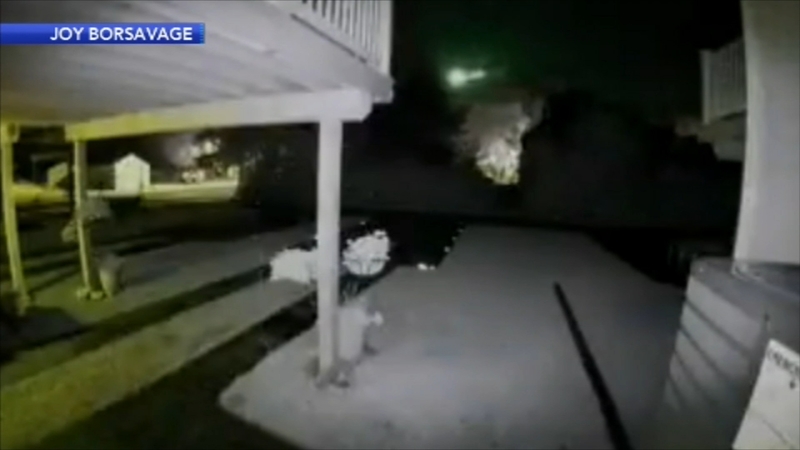 Fireball seen in the sky across East Coast

It's the impressive light show seen by hundreds up and down the East Coast. Those who didn't see the spectacle in the heavens with their own eyes, captured what's believed to be a meteor on video.

"To be honest with you, I kind of got startled because you know what, I have never seen it. I never seen anything like that in my whole 49 years of life," said Samuel Rodriguez from Bristol Borough, Pa.

Rodriguez was surprised to see the fireball lighting up the night sky on his Ring Home Security Camera with his wife Joy.

"It just looked like a big ball of clear light shooting right out of the sky and then it changes like certain colors, like blue and green and boom it was gone, that fast," Rodriguez says.

The American Meteor Society says it has received over 300 reports of people spotting the flash in the sky around 11 p.m. Wednesday. Sightings came in from North Carolina to Maine. Our producer, Jenny Heller, even captured the light show on her dash camera in Wynnewood. Video was captured in Rhode Island as the massive light danced in the sky, and a clip was taken in Massachusetts of the impressive light show.

Rodriquez says his security camera has caught the occasional skunk or fox but nothing this exciting.