9 members of American family, including babies, killed in Mexico 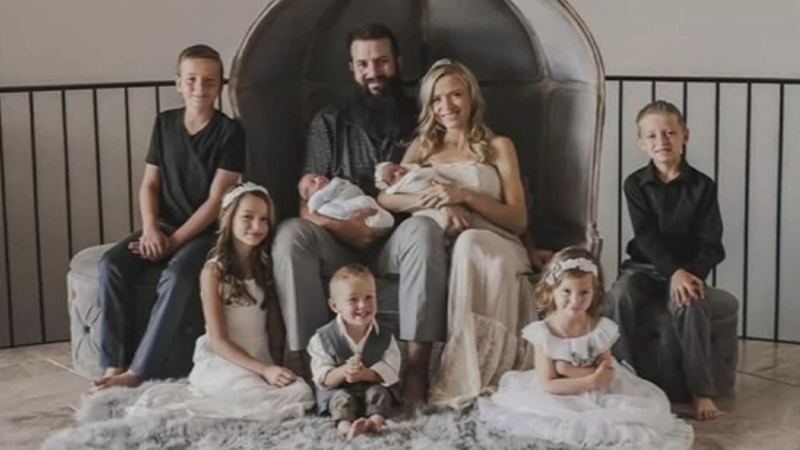 MEXICO CITY -- Relatives say American mothers and their children have been massacred in northern Mexico. The families were headed from Sonora state to Chihuahua for a wedding on Monday.

In an ongoing situation involving killings and kidnappings, relatives claim up to nine of their family members, all American, were killed.

The family members suspect the shooting attack may have been a case of mistaken identity by drug cartel gunmen.

Governor of Sonora, Claudia Pavlovich Arellano, tweeted in Spanish, saying in part, "I don't know what kind of monsters dare to hurt women and children." She also said she vows to use all of her power as governor "so that it does not go unpunished and those responsible pay."

President Trump echoed the comments of the governor, saying in part, "If Mexico needs or requests help in cleaning out these monsters, the United States stands ready, willing & able to get involved and do the job quickly and effectively."

A wonderful family and friends from Utah got caught between two vicious drug cartels, who were shooting at each other, with the result being many great American people killed, including young children, and some missing. If Mexico needs or requests help in cleaning out these.....

....monsters, the United States stands ready, willing & able to get involved and do the job quickly and effectively. The great new President of Mexico has made this a big issue, but the cartels have become so large and powerful that you sometimes need an army to defeat an army!

This is the time for Mexico, with the help of the United States, to wage WAR on the drug cartels and wipe them off the face of the earth. We merely await a call from your great new president!

As many as 13 other members of La Mora - a decades-old settlement in Sonora state founded as part of an offshoot of The Church of Jesus Christ of Latter-day Saints - were missing after the attack on a convoy of three SUVs carrying community members, said a relative who asked not to be named for fear of reprisals.

The relative said he had located the burned-out, bullet-ridden SUV containing the remains of his nephew's wife and her four children - twin 6-month old babies and two other children aged 8 and 10.

"My sister could actually see the smoke from her house and they heard the gunshots," said Leah Staddon, whose family members were killed. Staddon has been checking her phone nonstop for any updates.

She says her family members were on the way to a wedding in Chihuahua when they were ambushed.

"We just can't believe this is actually happening to our family, it just seems like a bad dream," said Staddon.

The U.S. ambassador to Mexico tweeted in Spanish that the security of Americans citizens is the top priority and he's closely monitoring the situation.

Mexico's federal Department of Security and Citizens' Protection said security forces were reinforced with National Guard, army and state police troops in the area following "the reports about disappearance and aggression against several people." The troops were searching for the missing community members, believed to include 11 children or more.

The Associated Press obtained video of what's believed to be the family's burned-out SUV.

Another relative, Julian LeBaron, said on his Facebook page the dead woman was Rhonita Maria LeBaron.

The first relative said a convoy of three vehicles had set out Monday from La Mora, about 70 miles south of Douglas, Arizona, but was attacked by cartel gunmen in a possible case of mistaken identity by gunmen. Many of the church's members were born in Mexico and thus have dual citizenship.

El Chapo's son Ovidio Guzman was the target of a raid by Mexican security forces on Oct. 17 that went sideways.

The U.S. citizens have lived in a Mormon community in Mexico for decades. Staddon says some of them had recently talked about moving to the states because of the violence.

"I think a lot of us are just speechless. It's horrific," she said.

While LeBaron said he found the first vehicle, the other two SUVs were missing along with their passengers.

Jhon LeBaron, another relative, posted on his Facebook page that six of his aunt's children had been left abandoned but alive on a roadside.

It would not be the first time that members of the break-away church had been attacked in northern Mexico, where their forebears settled - often in Chihuahua state - decades ago.

In 2009, Benjamin LeBaron, an anti-crime activist who was related to those killed in Monday's attack, was murdered in the neighboring Chihuahua state.