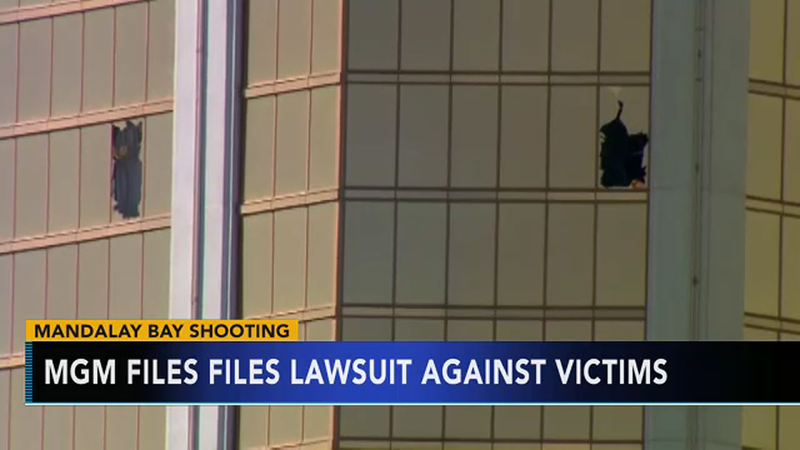 LAS VEGAS -- MGM Resorts International has sued hundreds of victims of the deadliest mass shooting in modern U.S. history in a bid to avoid liability for the gunfire that rained down from its Mandalay Bay casino-resort in Las Vegas.

The company argues in lawsuits filed Friday in Nevada and California that it has "no liability of any kind" to survivors or families of slain victims under a federal law enacted after the Sept. 11 terrorist attacks.

A high-stakes gambler killed 58 people and injured hundreds more last year after he shattered the windows of his Mandalay Bay suite and fired on a concert crowd below.

Attorney Robert Eglet represents victims who have sued MGM and described the company's move as "outrageous."

MGM's lawsuits target victims who have sued the company and voluntarily dismissed their claims or have threatened to sue.