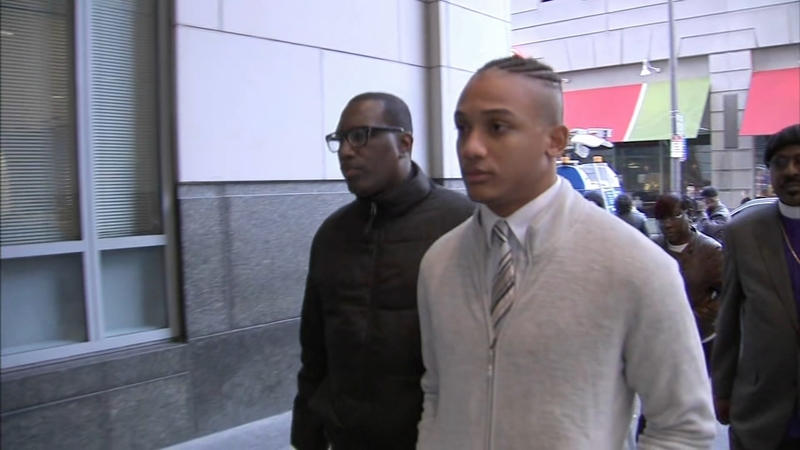 PHILADELPHIA (WPVI) -- It's day one of the Rittenhouse stabbing trial. Michael White, 22, is accused of stabbing and killing 37-year old Sean Schellenger in July of 2018 in Rittenhouse Square.

The jury got a chance to see a key piece of evidence, which was cell video of the crime. Images show the two men getting into an altercation. It shows Schellenger slamming White to the ground and White then stabbing Schellenger and running away from the scene. The incident took place in less than two minutes.

Prosecutors argue that White came upon a minor traffic dispute that didn't involve him when he encountered Schellenger. They told the jury that White had a choice and made the decision to stab an unarmed man.

However, the defense maintains the stabbing was self-defense and argued that White stabbed Schellegner because he feared for his life when the two men came face to face. The medical examiner confirmed that Schellenger had cocaine in his system and a blood alcohol content, more than twice the legal limit.

Religious leaders showed up, backing White's self-defense claim but say the case is tough for both families involved.

"I acknowledge their loss and I truly send them my condolences because a loss is a loss, it's tragic on both parties," Reverend Jeannette Davis of North Philadelphia.

"This is still the United States of America and we have a legal system and a process which calls for a jury trial and allows them to make the decision. I would live with whatever that decision was...now it is just a circus," Linda Schellenger.