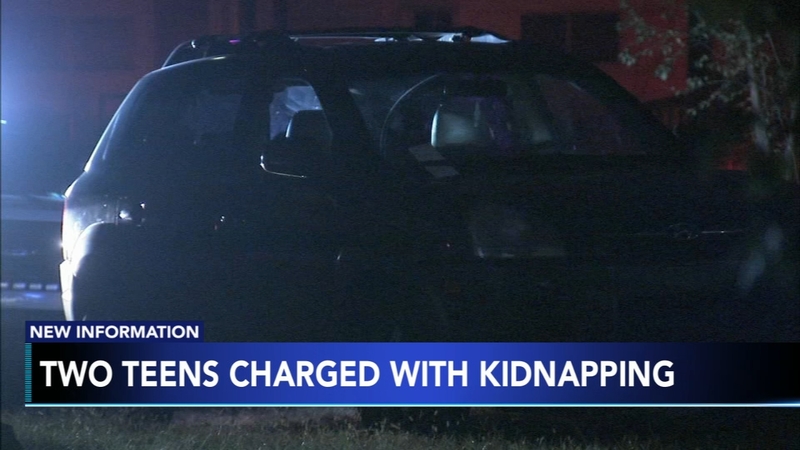 CHESTER, Pennsylvania (WPVI) -- Two teens are facing charges after police say they stole an SUV with two young children inside on Sunday night.

The SUV was stolen outside the Happy House Chinese restaurant in the 900 block of West 9th Street around 9:30 p.m.

Police issued an alert with the vehicle description a short time later.

Fortunately, the vehicle, with a 9-month-old boy and 6-year-old boy inside, was found less than two blocks away.

The children appeared to be unharmed but were being checked out by medics.

That SUV was found by two women who saw the vehicle blocking their driveway. They placed a note on the SUV asking the owner to move it, not yet realizing the kids were sleeping in the back.

"She said, 'check your phone' because I've got the neighborhood app on there. I check my phone and sure enough - she's like, 'that's the car!' So I ran around there and told the cops, 'come around here, this might be the car," one of the women told Action News.

Two 17-year-old boys were arrested on Sunday night on charges of kidnapping, recklessly endangering another person, theft by unlawful taking and other related offenses.