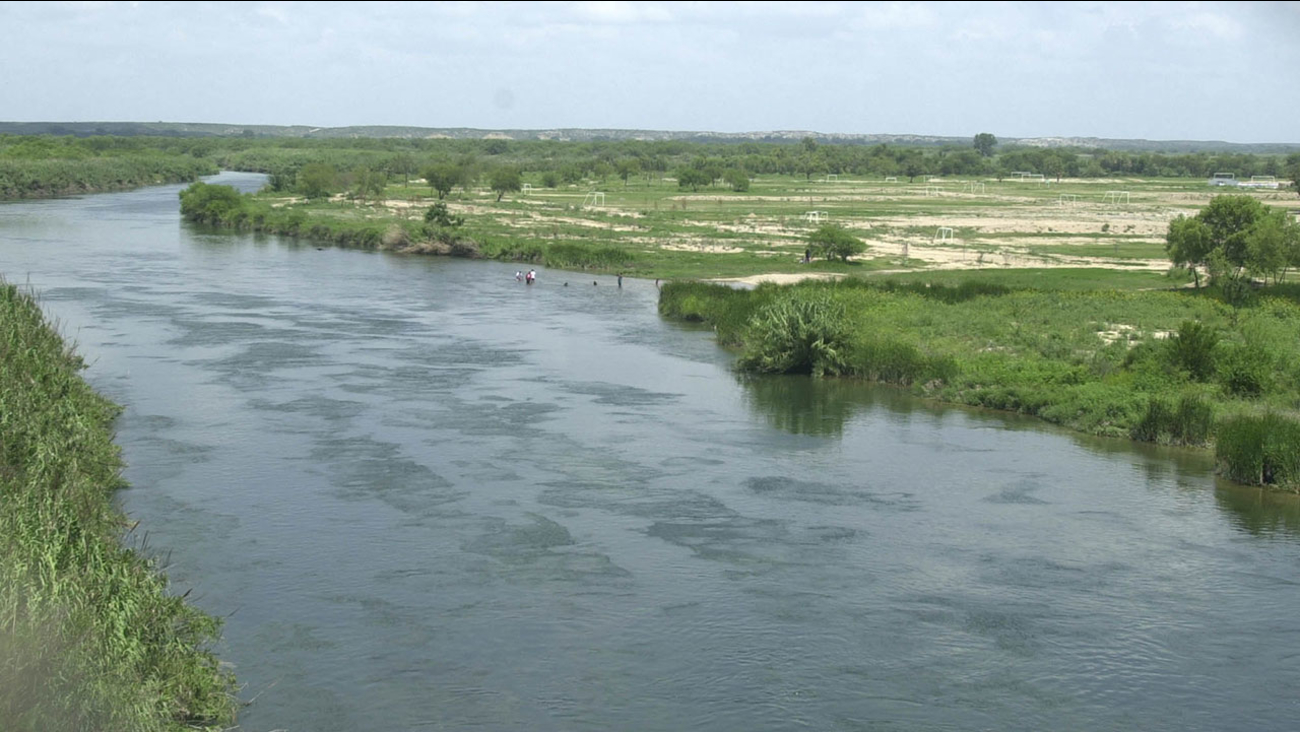 DEL RIO, Texas -- A 10-month-old baby was found dead Thursday and three other migrants were feared drowned after their raft flipped in the night on the Rio Grande as they tried to cross the U.S.-Mexico border, law enforcement officials said.

The missing included a 7-year-old boy and another child believed to be around the same age, as well as a man.

Migrants often try to cross the river, mostly in poorly constructed rafts with no safety gear, and the water can be deceptively high and fast-moving.

According to one official, Border Patrol agents encountered a man at about 9:45 p.m. Wednesday evening near Del Rio, Texas. He told them a raft carrying nine people had overturned and his baby son and nephew had been swept away along the other child and man. The agents heard the man's wife and an older son screaming in the darkness and the two were pulled from the muddy water alive, according to a preliminary report of the incident from the official.

Another man and his 13-year-old child were rescued nearby, the official said. The children were hospitalized for observation.

Border agents searching for the missing found the infant, a second official said. The officials were not authorized to speak publicly and spoke to The Associated Press on condition of anonymity.

A record number of Central American families are crossing the border, some on foot and some via the river. Just last week, border agents rescued 10 people in a sinking raft in the same area, including a 3-year-old child who had become separated from her mother on the Mexico side.

During the last budget year, U.S. Customs and Border Protection rescue teams responded to more than 4,300 emergencies. There were 283 deaths, including those who drowned or died in the deserts. The high was in 2005's fiscal year, when 492 people died.

The number of border crossings last month was a 12-year high; more than 103,000 people were encountered, including more than 53,000 people traveling as part of families.

Homeland Security officials say the system is straining under the crush of families who require different care and have different needs from the people agents and officers used to see crossing the border, mostly single men from Mexico.

The White House on Wednesday asked Congress for an additional $4.5 billion in funding for the border. Acting Homeland Security Secretary Kevin McAleenan told a Senate subcommittee Thursday the department needed the supplemental funding to help manage the crush of migrants and to provide proper care.

But Democrats are wary of giving the administration more money, especially after the longest government shutdown in history over President Donald Trump's demand for border wall funding. Trump eventually declared a national emergency declaration to circumvent Congress to get the funding elsewhere. The new emergency funding would not be used to build any of the wall, officials said.
Report a correction or typo
Related topics:
mexicotexas newsu.s. & worldimmigration
Copyright © 2021 by The Associated Press. All Rights Reserved.
U.S. & WORLD

GOP to stay neutral should Trump run for president again