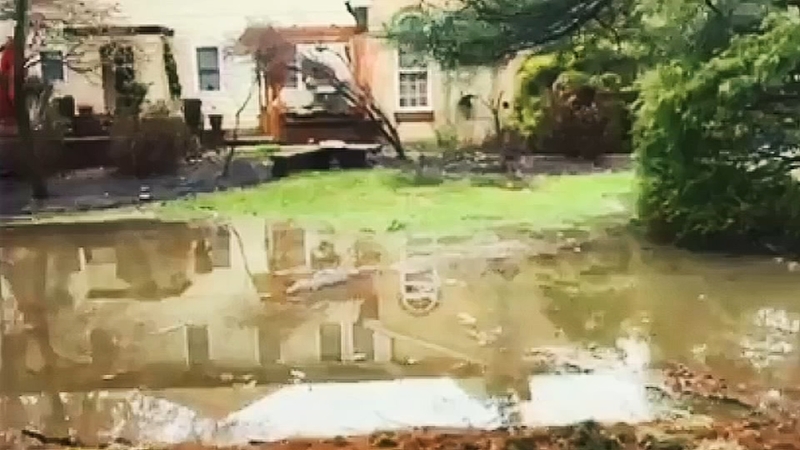 WORCESTER TWP, Pa. (WPVI) -- Karen Arena of Montgomery County is in a fight to prevent flooding of her property she says is caused by construction of a neighbor's home and poor oversight by her township.

She says storms have turned her property into a virtual lake.

"It has collapsed my septic system," she said. "When it rains, my house smells like a sewer."

Arena has had to remove trees, replace her septic, and more.

She and her attorney blame the flooding on a massive 5,000 square foot house next door.

The home in question used to be a 1,500 square foot ranch house, until her neighbor Michael Skalecki expanded it beginning in 2001.

"This flooding did not occur until they redid the driveway and did the renovations to the house," said attorney Charles Mandracchia.

While Skalecki, a contractor, obtained a permit to build the home, there was no site plan required and no engineered drawings, only a hand-drawn sketch of the proposed home. 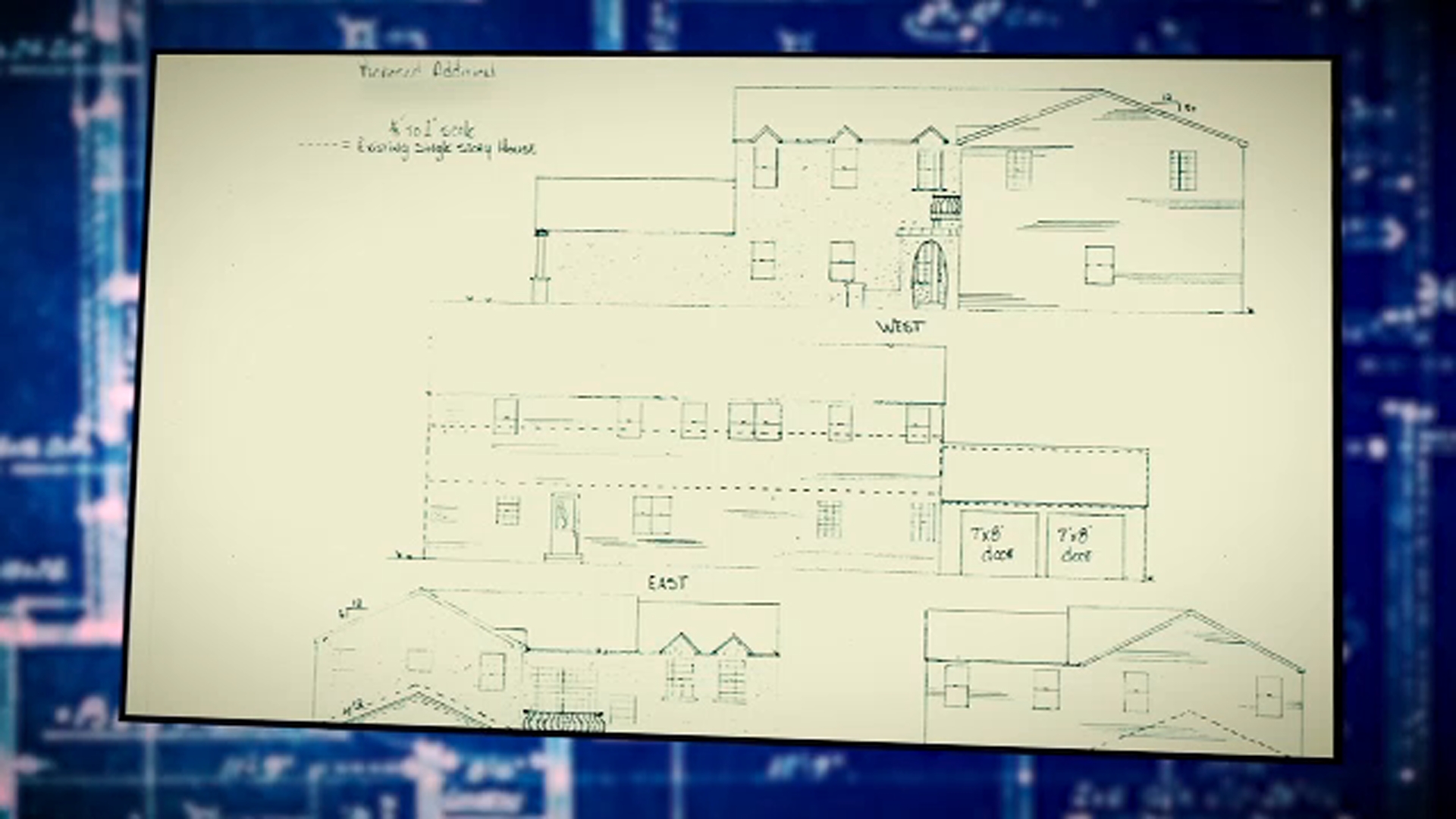 And there's no evidence Skalecki applied for a permit to pave over the old gravel driveway.

"So what they have done is put a financial burden on Karen Arena to fix a problem that should have never occurred if the township did what they were supposed to do," said Mandracchia.

Township officials have refused to answer questions.
According to an internal report from 2010 obtained by Action News, the township engineer assessed the situation like this:

"It is clearly evident that a 'bowl effect' has been created by the ongoing improvements to the property. The Skalecki property has been graded towards the Arena property..."

The engineer recommended Skalecki install berms to block stormwater, and cross pipes beneath his driveway.

He installed the berms, but not the drainage pipes.

The Skaleckis have refused comment, but in court papers denied wrongdoing, claiming "Arena had water and septic issues prior to construction."

They also contend the "driveway did not need a permit," though we found the township code says otherwise.

Action News also found Worcester Township didn't have a grading ordinance in 2001 when the home was built; it wasn't adopted until 2011.

Sources say it's been dubbed the "Arena Ordinance."

Arena wants the township to help her.

"They have money that is budgeted for stormwater management. I don't see why they can't take some of that money and help me," Arena said.
Arena is suing the Skaleckis, but collecting on any awarded judgement may be difficult. That's because it appears the Skaleckis are having financial difficulties.

Court records show they've been in foreclosure proceedings for the past several years.

She is considering a lawsuit against the township.