Montgomery County man warns others after losing $40,000 in timeshare scam

Heaven turned to hell after Ken got a call from The Consultants Firm International
WPVI
By Chad Pradelli
MONTGOMERY COUNTY (WPVI) -- Federal authorities are now investigating after a Montgomery County man lost more than $40,000 in a timeshare scam.

The victim and police say the scam artists are professionals, using banks here in the United States and overseas to make victims feel more comfortable, and let their guard down.

The Grand Solmar in Cabo San Lucas is a little slice of heaven for Ken, a Montgomery County man who only wants his first name revealed.

Ken paid $22,000 for one week per year. But heaven turned to hell in late 2018 when he got a cold call from The Consultants Firm International wanting to buy 10 weeks of his timeshare for $34,000.

"I said emphatically, 'No out of pocket fees correct?' And he said, 'Yes,'" recalled Ken.

The man on the other end of the line said his name was Richard Wells. He even offered up a passport.

The firm had an office in Boulder, Colorado. But soon it and the company handling the finances for the sale, Diversified Investment Holdings, out of Colorado Springs, began to present fee after fee.

"He tells me I was getting reimbursed for everything. That's why he kept on saying I'm not out of pocket any money," said Ken.

"I'm saying to myself, it's disbelief. I'm kicking and screaming. I can't sleep at night. And I'm paying them!" said Ken.

"It's everything. It's the thing that's really hard about it. My father passed away and that was inheritance money that I was using to try and make this timeshare thing work," said Ken.

Jason Gamel is with the American Resort and Development Association that represents vacation ownership.

He says, "There sometimes are transaction fee charges but someone talking about a government-imposed fee or transfer tax, I'd be very skeptical."

And there were other red flags.

The Colorado addresses tied to the two companies are virtual office spaces, and a close look at Richard Wells' passport photo provided to Ken shows "Washington" is misspelled.

Boulder Colorado Police tell Action News the alleged criminal outfit has stolen more than a million dollars from a half dozen victims who've been identified so far.

The Secret Service is now investigating. Ken feels terrible he was duped.

"I can't believe that I absolutely fell for this knowing from the beginning to where I'm at now," he says.

In late 2019, federal authorities busted six Mexican nationals for a similar timeshare scam. They are accused of stealing more than $10 million.

If you are thinking of selling usage of a timeshare, contact a licensed real estate agent or a reputable company or person who is registered with The American Resort and Development Association.
Report a correction or typo
Related topics:
montgomery countyvacationtravelaction news investigationscam
Copyright © 2020 WPVI-TV. All Rights Reserved.
ACTION NEWS INVESTIGATION 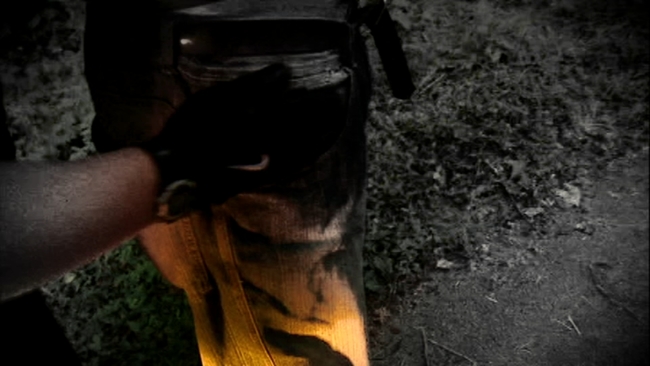 Racial disparities in Philly police's use of stop-and-frisk: Data