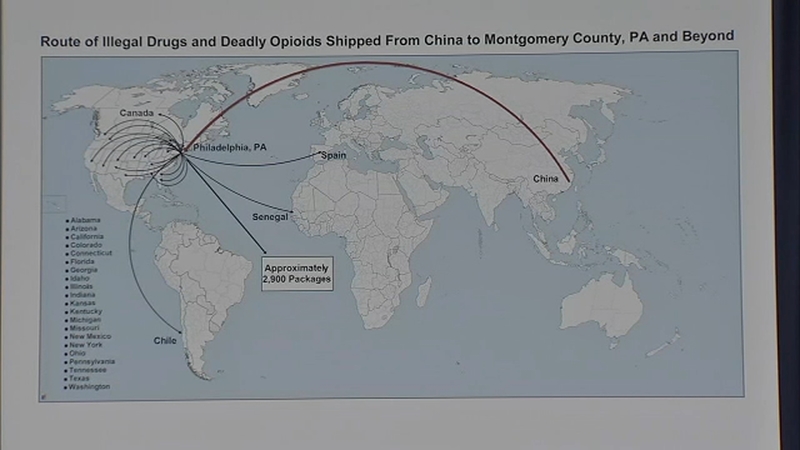 PHILADELPHIA (WPVI) -- A former Montgomery County, Pennsylvania deputy sheriff is at the center of an opioid trafficking ring that prosecutors say killed five people in the United States.

An indictment claims the drugs came from China and ended up in Chile, Spain, Senegal, Canada and 21 U.S. states.

The Chinese nationals allegedly marketed the drugs on Chinese websites.

McSwain says the opioids then went to Landis' storage facility for distribution.

Landis was not a deputy sheriff between April 2016 and March 2017, the time the alleged shipments happened.

He has pleaded guilty.