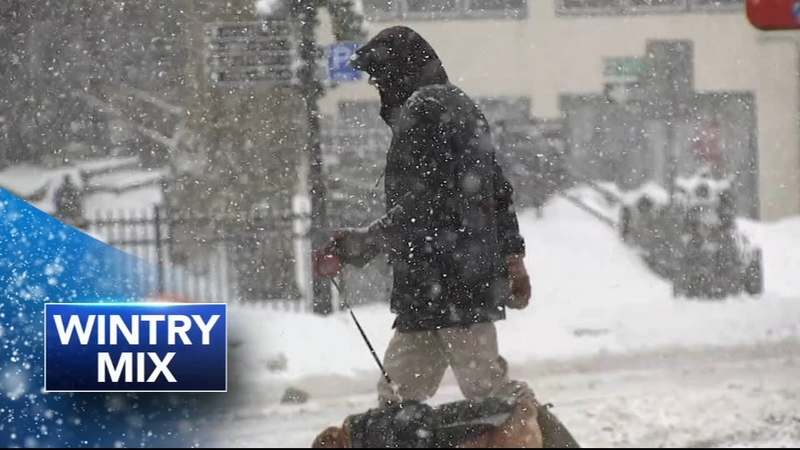 When it stopped, many people were left to dig out.

The owner of Lansdale Tavern said between the pandemic and the relentless snowfall, his business can't catch a break.

"Out of all the years for this to happen, this is probably the worst," said Buddy Harris, the owner of Lansdale Tavern.

Harris said the snowfall is costing him.

"An added factor is the cost of plowing, and that's going to be pretty expensive this year. So far it's not something we had budgeted," said Harris.

The snow has slowed down business for a postal worker in Lansdale too.

"You're just slipping all over the place, there's ice underneath the snow. The last couple weeks have been brutal," said Chris Ricchini, a mail carrier in Lansdale.

Some drivers said they still aren't used to it, despite the relentless snow.

"I slipped one time, I'm used to driving on the roads but not like this today," said Angela Vile, from Quakertown.

It was white knuckle driving for many along the Northeast Extension.

"It's slippery and slow, so not recommended if you can stay off the snow and not do what I'm doing," said Jerry Zager, driving through Pennsylvania from Long Island.