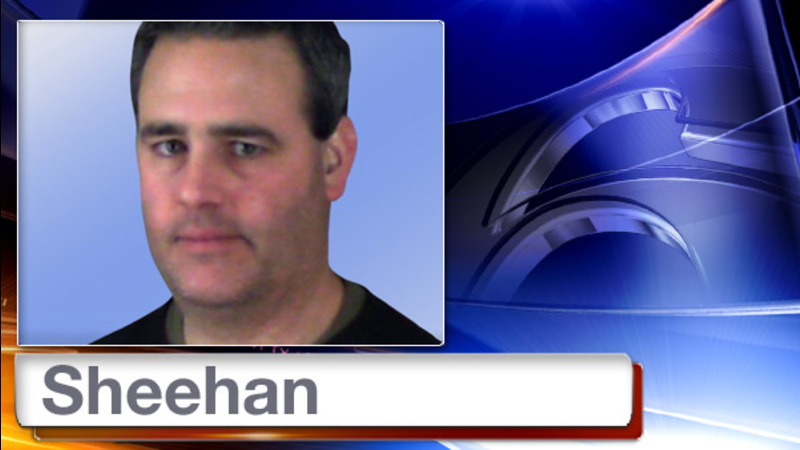 40-year-old Daniel Sheehan is behind bars and charged with defrauding eight people in Gloucester Township.

Law enforcement sources say that is just the tip of the iceberg.

Police searched his house in Gloucester City, and sources say they found over 200 files of potential victims. Many of them are Philadelphia police officers.

Two officers allegedly victimized by Sheehan tell Action News that they were introduced by former officer Perry Betz, who was arrested last year on charges of shaking down drug dealers.

Investigators say Sheehan ran a mortgage loan modification scam. They say he promised to cut home loan payments in half.

Now police say his alleged victims are in danger of losing their homes because the money they gave to Sheehan was never turned over to the lenders.

"This man robbed $12,000 from me and that should have gone towards my mortgage," said Ronald Clemens.

"They had no payment history or any of the payments that I made to this guy," said Maryann Feldman.

At one point Sheehan allegedly began targeting Philadelphia police officers. Sources say many have already been interviewed by the FBI.

Action News spoke with a retired police officer who says his home, as well as a friend's home, are scheduled for sheriff's sale next month.

If you have had contact with Sheehan, and believe you may be a possible victim, then contact police immediately.
Related topics:
gloucester cityn.j. newscrimemortgagesscamfraud
Copyright © 2022 WPVI-TV. All Rights Reserved.
TOP STORIES
AccuWeather: Spotty Showers Today
Officials ID 5 killed in Pottstown explosion; most were children
Official admits police made 'wrong decision' in TX shooting
Victim of elementary school attack says it could have been prevented
Police: Store owner robbed, assaulted with brick in North Philly
Dann Cuellar retires after 34 years at Action News
Another Trenton, NJ firehouse hit by gunfire
Show More
Rainy start to Memorial Day weekend at the Jersey Shore
Bank employees help kidnapped woman after she asks for loan
Massacre survivor says gunman told them: 'You're all gonna die'
4th grader 'did what she had to to survive' Uvalde shooting, aunt says
North Penn holds farewell parade for retiring superintendent
More TOP STORIES News