Unicorn mom on a mission to stop speeders 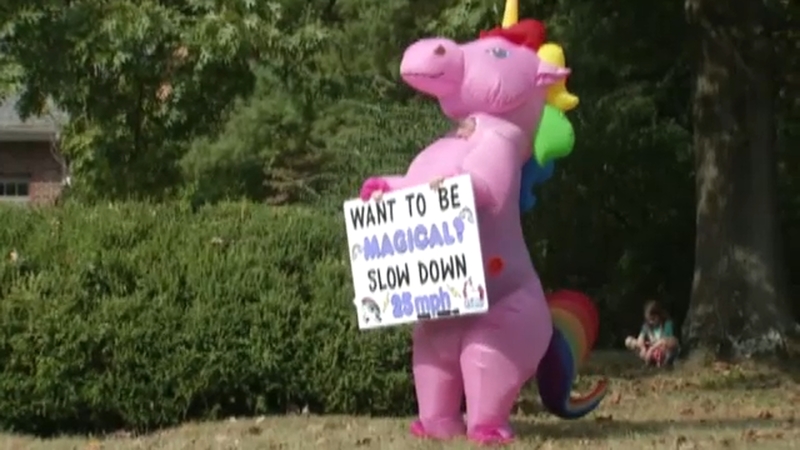 CENTERVILLE, Ohio (WPVI) -- Trying to get drivers to slow down is like chasing unicorns for a mother in Ohio.

So, to solve the problem, she decided to dress like one.

Beth Phillips Blair suits up in a unicorn costume, and holds creative signs that urge drivers to slow down near a school bus stop in Centerville.

The speed limit is 25 miles per hour, but Blair says many drivers far exceed that.

Blair says her campaign has received much support.

"It has been amazing, all the kids on the buses, all the kids going in from school wave every single morning," said Blair. "They get all excited. A lot of the moms who have dealt with the same problem on their streets honk and wave if they stop on the streets. They're like we support you."

Police are appreciative of Blair's campaign, but urge caution.