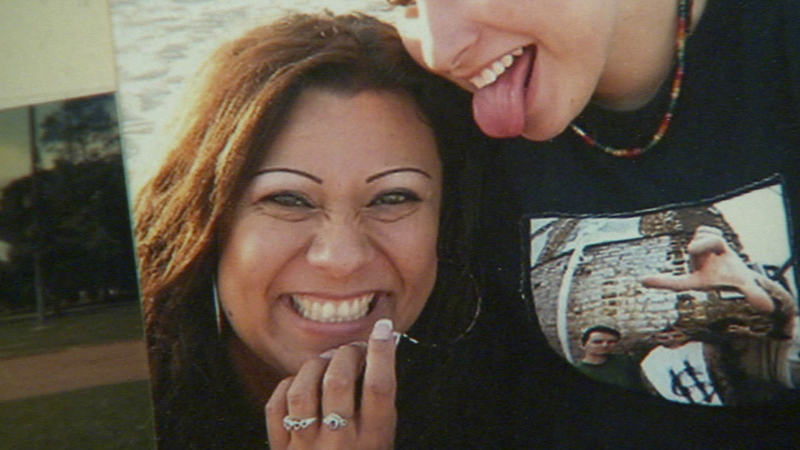 WHITTIER, Calif. -- A 43-year-old mother of two died after being stabbed in a parking lot dispute at a swap meet in Santa Fe Springs, California on Friday. Two suspects have been arrested for her murder.

Whittier Police responded to a report of a fight in the parking lot of the Santa Fe Springs Swap Meet at 13963 Alondra Blvd. at about 9:30 p.m. Friday, Oct. 17.

Officers found a female victim on the ground with multiple stab wounds to her neck and back. She was hospitalized at UCI Medical Center, where she was later pronounced dead.

Police determined the victim, identified as Elizabeth Yanez, had been stabbed by a man and a woman during a dispute over a parking space in the lot.

Yanez's two adult children, 22 and 23, were present when she was stabbed, police said.

Yanez's son Daniel Crable said when they got out of the car, the male suspect pulled out a knife and chased Crable off.

"He turns midway and pulls out this blade. And I'm like, 'Oh my God.' I have to go into survival mode. I didn't even know what to think," Crable said.

The man, later identified as Reggie Cervantes, 22, then allegedly turned to Crable's mother and sister - involved in an argument with a female suspect - and stabbed Yanez in the base of the neck.

Crable later returned and performed CPR on his mother.

"Little did I know that the wound she had had taken her life before she hit the ground," he said.

The two suspects were charged with murder on Tuesday. They were both held on $1 million bail each in the L.A. County Jail.