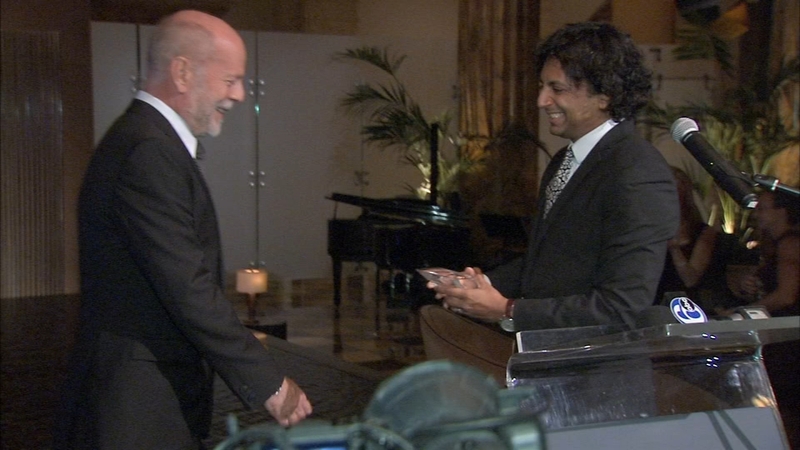 The award represents dedication to film here in Philadelphia.

Shyamalan directed Willis in several films, including the Sixth Sense, Unbreakable, and they're currently working on Glass - which is filming all around the area.

Shyamalan grew up in Lower Merion and Willis grew up in Carney's Point, New Jersey.

"I grew up in South Jersey. I used to sneak up here all the time," said Willis.

Willis says he is here to work with his "fave director in the whole world."

"Obviously it's so emotional for me to make films at home," said Shyamalan. He continued, "And this man is the reason I am able to do that and he backed me when nobody backed me. Jersey boy, Philly boy."

Shyamalan tells the story of when they first met for his movie, "The Sixth Sense." He says he was 25 and Bruce bypassed a bunch of Hollywood A-listers to give him a hug.