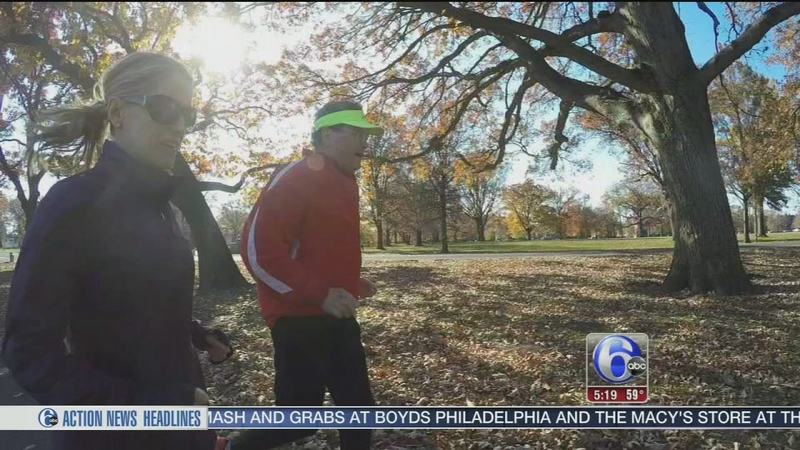 FAIRMOUNT PARK -- The Philadelphia Marathon is this weekend and one runner from Minnesota will be going the distance for the 100th time.

He is 75-years-old and a cancer survivor.

He started running when he was 63, shortly after he was diagnosed with multiple myeloma, a type of bone marrow cancer.

At the time, he was given three to five years to live.

"But that as it turns out was 13 years ago and 99 marathons ago," he notes with a smile.

He's run a marathon in all 50 states, his wife and daughter always by his side.

And what keeps him alive, and literally running, he says, is medical research that has led to new, innovative medication.

He now supports the My Life is Worth It campaign, a non-profit that advocates cancer patients be part of the discussion regarding drug costs.

As for his 100th marathon, and why he choose Philadelphia?

"But also why not Philadelphia? What a beautiful city and I've heard great things from other runners about the marathon," he says beaming.