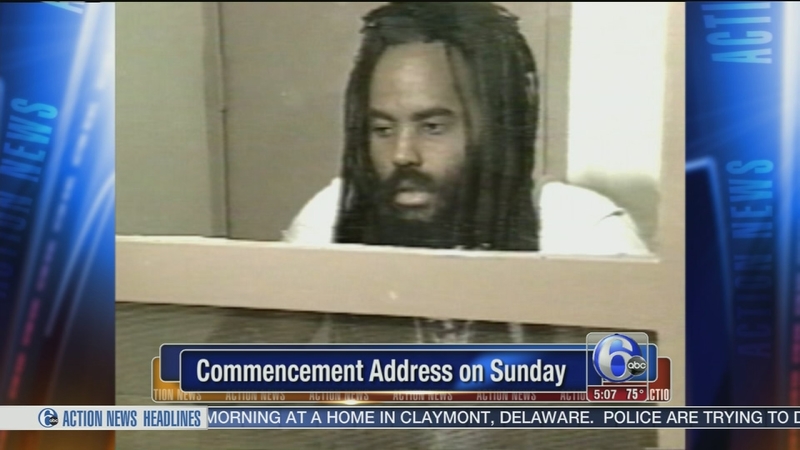 Convicted murderer Mumia Abu Jamal is set to deliver the commencement speech at a college in Vermont this weekend.

This all while Abu Jamal is still in prison.

His remarks were pre-recorded and will be played alongside a short video.

While in prison Mumia has authored numerous books. He also is a graduate of Goddard. He received his degree there in 1996.

Mumia was actually selected by the students of the fall graduating class to be their commencement speaker.

Abu Jamal was convicted in the 1981 murder of Philadelphia Police Officer Daniel Faulkner.

His original death sentence, handed down at his trial in 1982, was commuted to life imprisonment without parole in 2011.

Goddard College holds about twenty commencement ceremonies each year. They're small-scale, so students in each degree program can personalize their graduation experience.

About 20 students will hear Mumia's commencement speech this Sunday.