WPVI
PHILADELPHIA (WPVI) -- The reward to catch the vandal who defaced the mural in memory of slain Philadelphia Police Sergeant Robert Wilson, III has grown.

Sergeant Robert Wilson III was gunned down four years ago inside a GameStop on March 5, 2015.
A mural that was created in his honor was vandalized sometime Thursday morning on the 2900 block of Ridge Avenue. 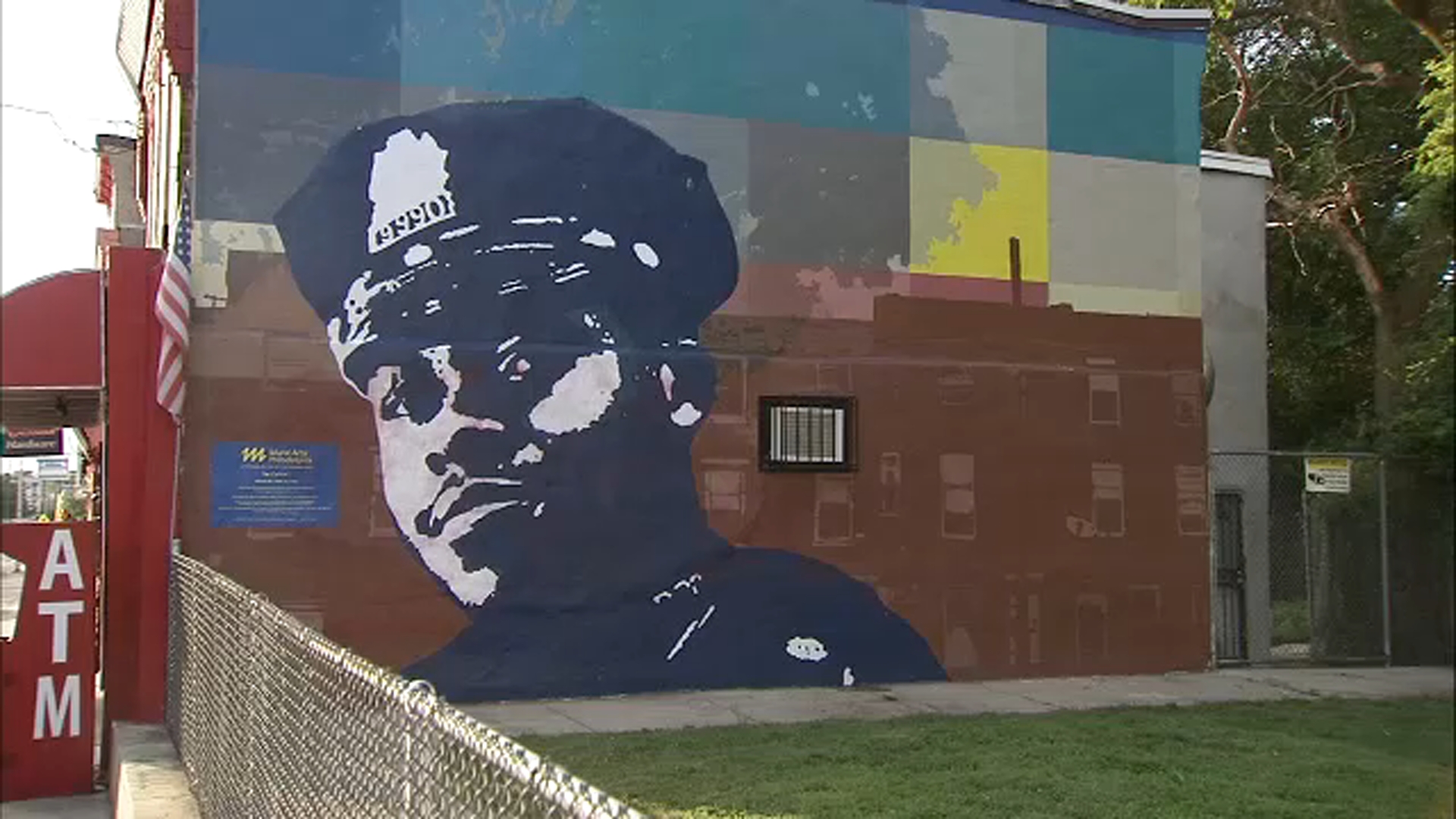 The Philadelphia FOP Lodge #5 originally offered a reward of $10,000. Numerous residents and organizations then contributed to the reward including $5,000 from IBEW Local #98 and $2,500 each from the Steamfitters Local #420 and Brian McMonagle & Fortunato Perri Attorneys.

"It's sickening and disgusting that some low-life would deface the mural of hero and fallen-officer, Robert Wilson III," said FOP Lodge #5 President John McNesby. "We will never forget Rob's bravery, courage and valor when he saved lives inside that GameStop store."