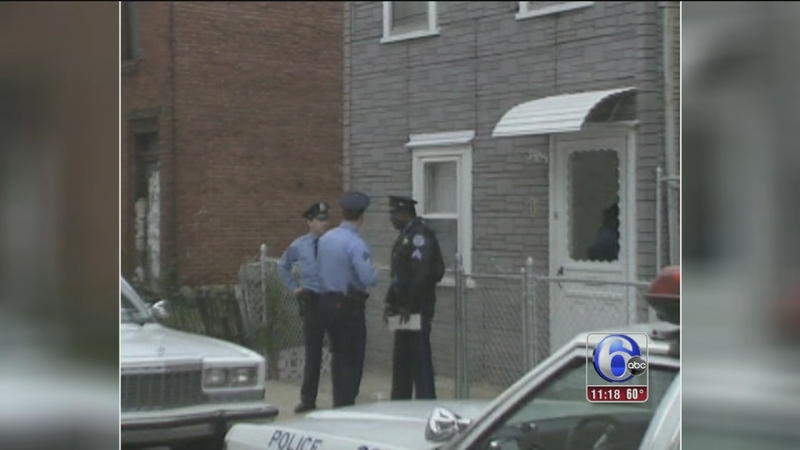 CENTER CITY (WPVI) -- A savage murder more than two decades old took a new turn Monday when the man in prison for that crime had his conviction overturned.

In 1991, construction worker Anthony Wright, who was 20 years old at the time, was arrested for the rape and murder of 77-year-old Nicetown resident Louise Talley.

27-year-old Anthony Wright, Jr. didn't know much about his father's crime until the Innocence Project stepped in and fought to have the rape kit tested again in 2011.

The DNA results matched another man, a now deceased convicted felon who slept in an abandoned house next to the victim's home.

Wright and his son were in court this morning when a judge overturned the 1993 conviction.

"It was real emotional. That was the only thing (DNA) they were using as solid evidence and now what else is there?" Wright, Jr. said.

According to the Philadelphia District Attorney's Office, which now plans to retry Wright, there is still a lot of evidence.

"The defendant is the person who murdered Louise Talley in 1991. This new DNA evidence only shows that the defendant did not act alone when he committed this heinous crime," a statement by Philadelphia District Attorney's Office said.

The DA's office also says Wright's clothing was stained with the victim's blood and found under his bed.

Wright's mother testified those clothes didn't belong to him and were not seized from their home.

Prosecutors say Wright confessed in a signed statement. His defense claimed that statement was coerced by police.

"No matter how badly my family wants him home, how badly he wants to be home, everything takes time and right now we feel it's our time," Wright, Jr. said.

Another hearing is scheduled for next week.

Action News tried to track down family members of Louise Talley, but we were unable to get in contact with them.