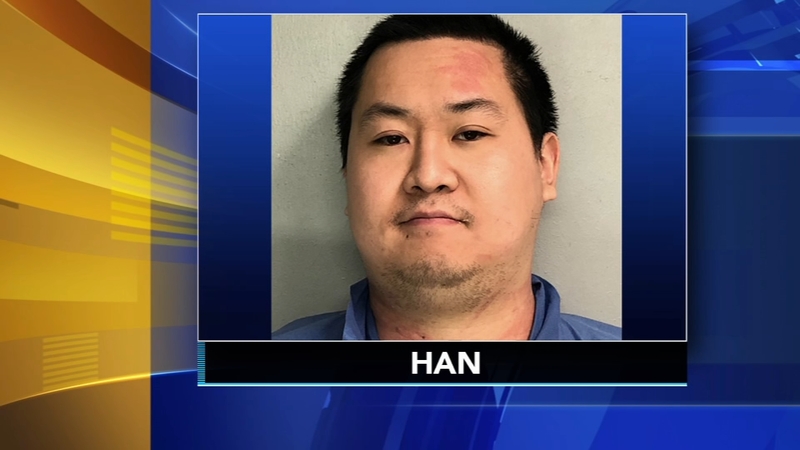 NORRISTOWN, Pennsylvania (WPVI) -- A 28-year-old man has been charged in the murder of his father, Montgomery County officials said Thursday.

According to authorities, Upper Dublin Township Police officers responded to a home in the 1800 block of Hood Lane at about 2 p.m. on Monday for a call of an unconscious man bleeding from the head. When officers arrived, they found Jinhan Han dead on the living room floor.

Authorities said they also found bloody towels and evidence of someone attempting to clean the inside of the room. A box-cutter knife was also found near Han's body and a butcher-style knife with a broken blade tip was found in the kitchen.

An autopsy performed on December 24 concluded that Han had died as a result of multiple blunt and sharp injuries and the manner of death was ruled a homicide.

Han's son, Maximillian Han of Ambler, was arrested on December 24 and charged with first-degree murder, tampering with evidence and other related charged.