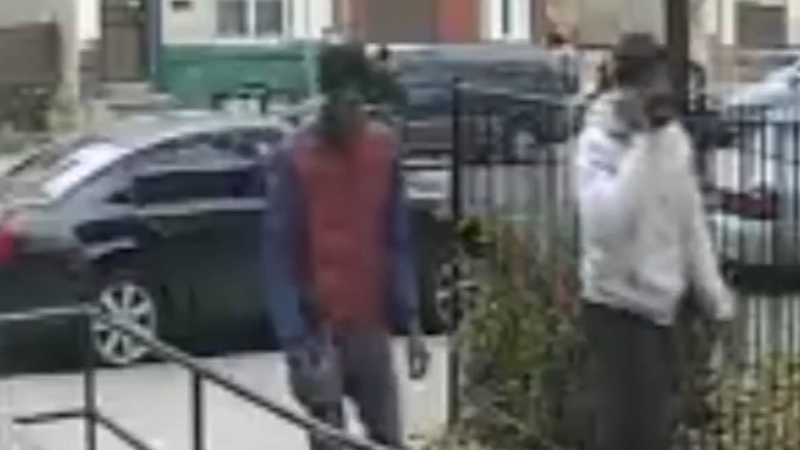 PHILADELPHIA (WPVI) -- The family of a murder victim wants you to take a good look at some surveillance video to see if you can help identify the killer.

When they arrived they found Baylor suffering from multiple gunshot wounds.

The 28-year-old died at the hospital.

Police have released surveillance video of the suspects.

The shooter is described as a tall thin, black male, wearing a black knit hat, distinct red down jacket with blue shoulders and sleeves, blue jeans and athletic type shoes.

The City of Philadelphia is offering up to $20,000 in reward money, and the Citizens Crime Commission is administering another $10,000 for the arrest and conviction of the person responsible.