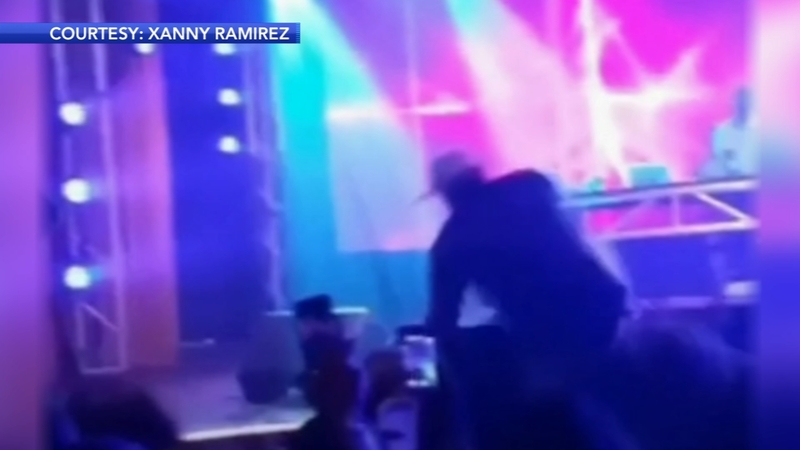 A video shows the rapper Mystikal falling off the stage 30 seconds into his first performance during a concert in Florida, cutting the show short.

Michael "Mystikal" Tyler, a rapper and actor from New Orleans, was about to perform his first set at the Ritz Ybor, in Tampa, on Thursday night when he slipped and fell.

Xanny Ramirez shot the video when Mystikal came on at 1 a.m. and fell offstage into the crowd.

He says that Mystikal tried performing for another 45 minutes, sitting down, but expressed that the pain was too much and was escorted off stage.

In an Instagram video posted the next day, Mystikal had a cast around his right leg and said that his tour continues. He performed in Pittsburgh on Friday.
Report a correction or typo
Related topics:
arts & entertainmentconcertentertainmentrappermusicmusic news
Copyright © 2022 by The Associated Press. All Rights Reserved.
TOP STORIES
What is monkeypox? What to know after US confirms 1st 2022 case
Delco bus driver accused of taking upskirt photos of students
Rise in brazen thefts force convenience stores to close
5 people shot in North Philadelphia near Temple University
Grand jury indicts man in Buffalo supermarket shooting
Newlyweds mark big day with fiery stunt
AccuWeather: From showers to sunshine
Show More
Oz, McCormick locked in tight race. Could a recount be triggered?
1st monkeypox case in US this year reported in Massachusetts
Biden invokes Defense Production Act for formula shortage
Red Cross registers hundreds of Ukrainian POWs from Mariupol
18-year-old dies after being trapped under sand at Jersey Shore
More TOP STORIES News