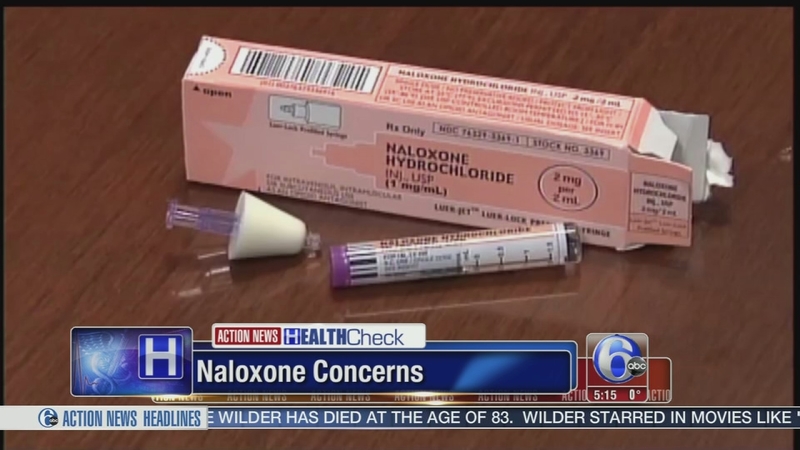 CINCINNATI, Ohio (WPVI) -- There's a debate underway about the rising use of the drug Naloxone - or Narcan - which can reverse a heroin overdose.

While the drug has saved thousands of lives, some critics say it's also an enabler, and isn't helping to break the cycle of addiction for many people.

Law enforcers say right now, all they can do is revive the addicts, then release them - possibly to overdose again.

"Why can't there be something enacted that says we don't walk away from that person that just overdosed?" says Chief Tom Synan of the Hamilton County, Ohio, Heroin Task Force.

Emergency responders say they'd rather take the person to treatment, but the number of beds available isn't keeping pace with the number of addicts they revive.

"If someone committed technically a felony by using a drug, technically, we can take them to jail, but we know the jail is crowded. Why can't we take them in front of a treatment facility?" he says.

He overdosed twice, and was once revived once with the drug.

Now, he is trying to break free from heroin now.

Jason Merrick, who works in addiction services, doesn't flinch about the need for Narcan.