Gas explosion forces residents out of apartment in Chestnut Hill 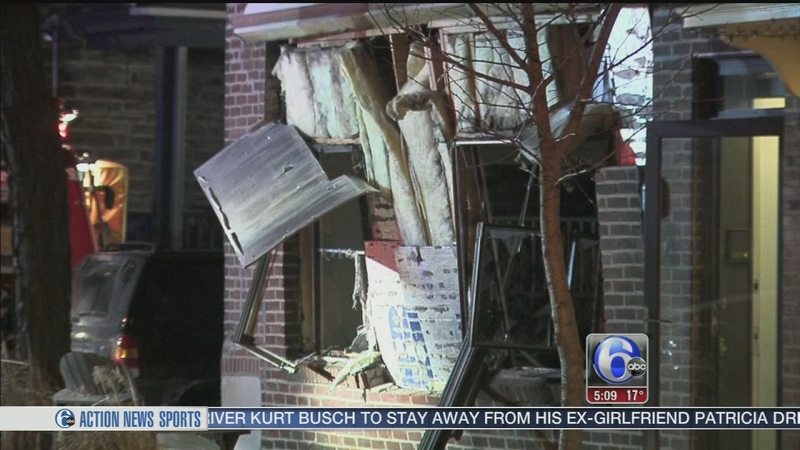 VIDEO: Explosion forces residents out of apt. in Chestnut Hill

CHESTNUT HILL (WPVI) -- Residents were forced out of their apartments and into the bitter cold after a natural gas explosion in Philadelphia's Chestnut Hill section early Monday morning.

The explosion happened around 1:45 a.m. on the 100 block of Benezet Street.

Fire Crews arrived to find the windows of a house blown out, the walls buckling, but there was no visible fire.

The southeast corner of the apartment building had exterior damage.

PGW and L & I were called to the scene to access the situation.

Officials say nine adults and one child managed to escape and there were no injuries.

One resident told Action News, "I was asleep. I thought a car came through the intersection and went through the building. It was a huge bang and immediately the building filled with smoke," said Paul McGinty.

The Red Cross arrived to assist the residents, but no emergency shelter was needed.

L & I posted off limit signs on the building and it appears it will have to be demolished.

PGW officials say the gas explosion was caused by a ruptured 6-inch cast iron gas main that caused a gas build-up in the apartment building.

They say when that happens, just simply throwing a light switch can set off an explosion.

PGW continues to make repairs and is trying to determine what caused the line to rupture in the first place.