Inside the bubble: NBA practices begin at Disney

AP
By Tim Reynolds
ORLANDO -- Nikola Vucevic had to raise his voice a bit to answer a question. He had just walked off the court after the first Orlando Magic practice of the restart, and some of his teammates remained on the floor while engaged in a loud and enthusiastic shooting contest.

After four months, basketball was truly back.

Full-scale practices inside the NBA bubble at the Disney complex started Thursday, with the Magic - the first team to get into the campus earlier this week - becoming the first team formally back on the floor. By the close of business Thursday, all 22 teams participating in the restart were to be checked into their hotel and beginning their isolation from the rest of the world for what will be several weeks at least. And by Saturday, all teams should have practiced at least once.

"It's great to be back after four months," Vucevic said. "We all missed it."

The last eight teams were coming in Thursday, the Los Angeles Lakers and Philadelphia 76ers among them. Lakers forward LeBron James lamented saying farewell to his family, and 76ers forward Joel Embiid - who raised some eyebrows earlier this week when he said he was "not a big fan of the idea" of restarting the season in a bubble - showed up for his team's flight in what appeared to be a full hazmat suit.

"Just left the crib to head to the bubble. ... Hated to leave the (hashtag)JamesGang," James posted on Twitter.

Another last-day arrival at the Disney campus was the reigning NBA champion Toronto Raptors, who boarded buses for the two-hour drive from Naples, Florida - they've been there for about two weeks, training at Florida Gulf Coast University in Fort Myers - for the trip to the bubble. The buses were specially wrapped for the occasion, with the Raptors' logo and the words "Black Lives Matter" displayed on the sides.

Brooklyn, Utah, Washington and Phoenix all were down to practice Thursday, along with the Magic. Denver was originally scheduled to, then pushed back its opening session to Friday. By Saturday, practices will be constant - 22 teams working out at various times in a window spanning 13 1/2 hours and spread out across seven different facilities.

Exhibition games begin July 22. Games restart again for real on July 30.
"It just felt good to be back on the floor," said Brooklyn interim coach Jacque Vaughn, who took over for Kenny Atkinson less than a week before the March 11 suspension of the season because of the coronavirus. "I think that was the most exciting thing. We got a little conditioning underneath us. Didn't go too hard after the quarantine, wanted to get guys to just run up and down a little bit and feel the ball again."

Teams, for the most part, had to wait two days after arriving before they could get on the practice floor. Many players have passed the time with video games; Miami center Meyers Leonard, with the Heat not practicing for the first time until Friday, has been giving fans glimpses of everything from his gaming setup to his room service order for his first dinner at Disney - replete with lobster bisque, a burger, chicken strips and some Coors Light to wash it all down.

The food has been a big talking point so far, especially after a handful of players turned to social media to share what got portrayed as less-than-superb meals during the brief quarantine period.

"For the most part, everything has been pretty good in my opinion," Nets guard Joe Harris said. "They've done a good job taking care of us and making sure to accommodate us in every area as much as possible."

Learning the campus has been another key for the first few days, and that process likely will continue for a while since teams will be using all sorts of different facilities while getting back into the practice routine.

"We have to make the best out of it," Vucevic said. "You know, this is our job. We're going to try to make the best out of it. I really think the NBA did the best they could to know make this as good as they can for us. And once we start playing, you're not going to be thinking about the little things."
Report a correction or typo
Related topics:
sportsfloridanbacoronavirusespnu.s. & worlddisney world
Copyright © 2020 by The Associated Press. All Rights Reserved.
NBA 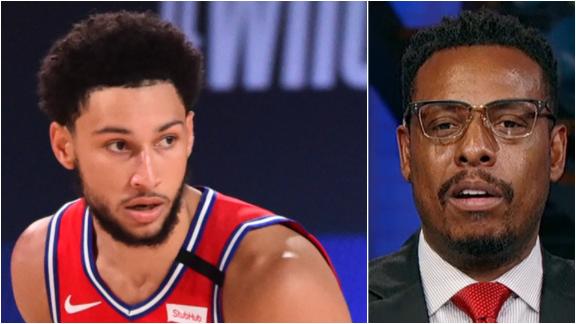 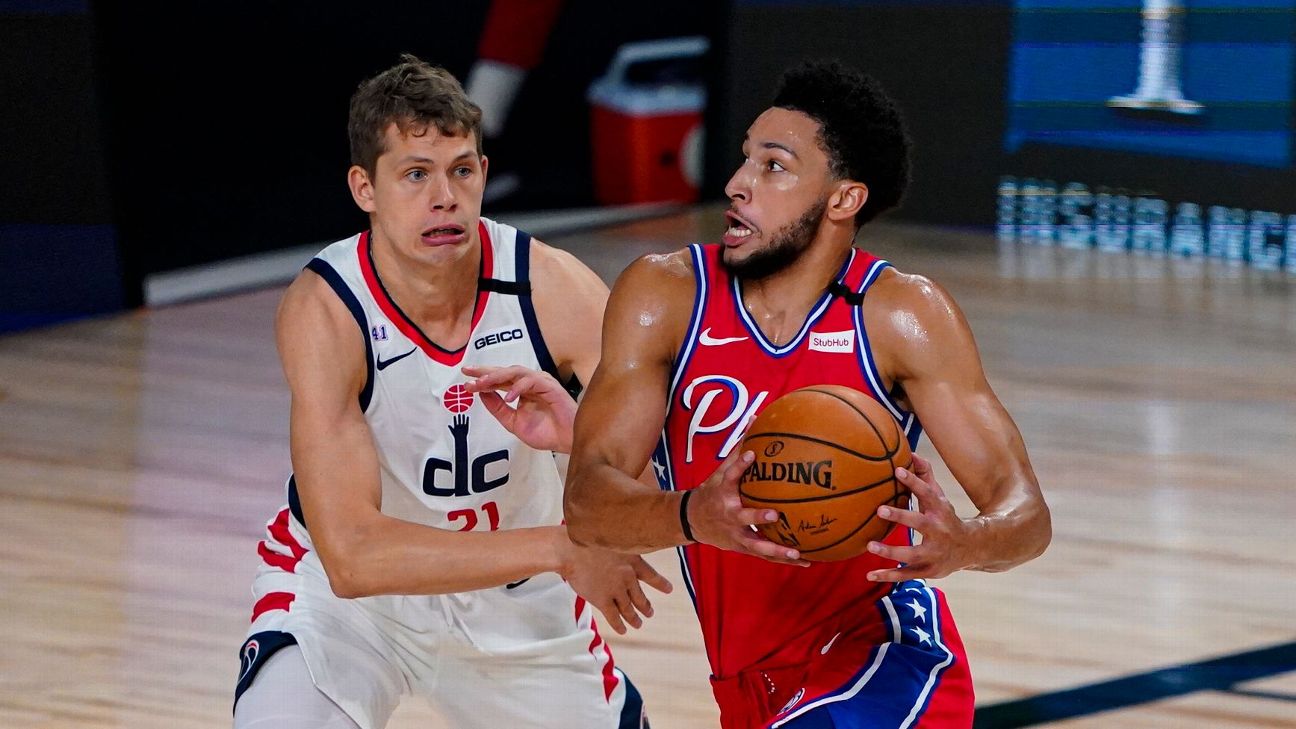 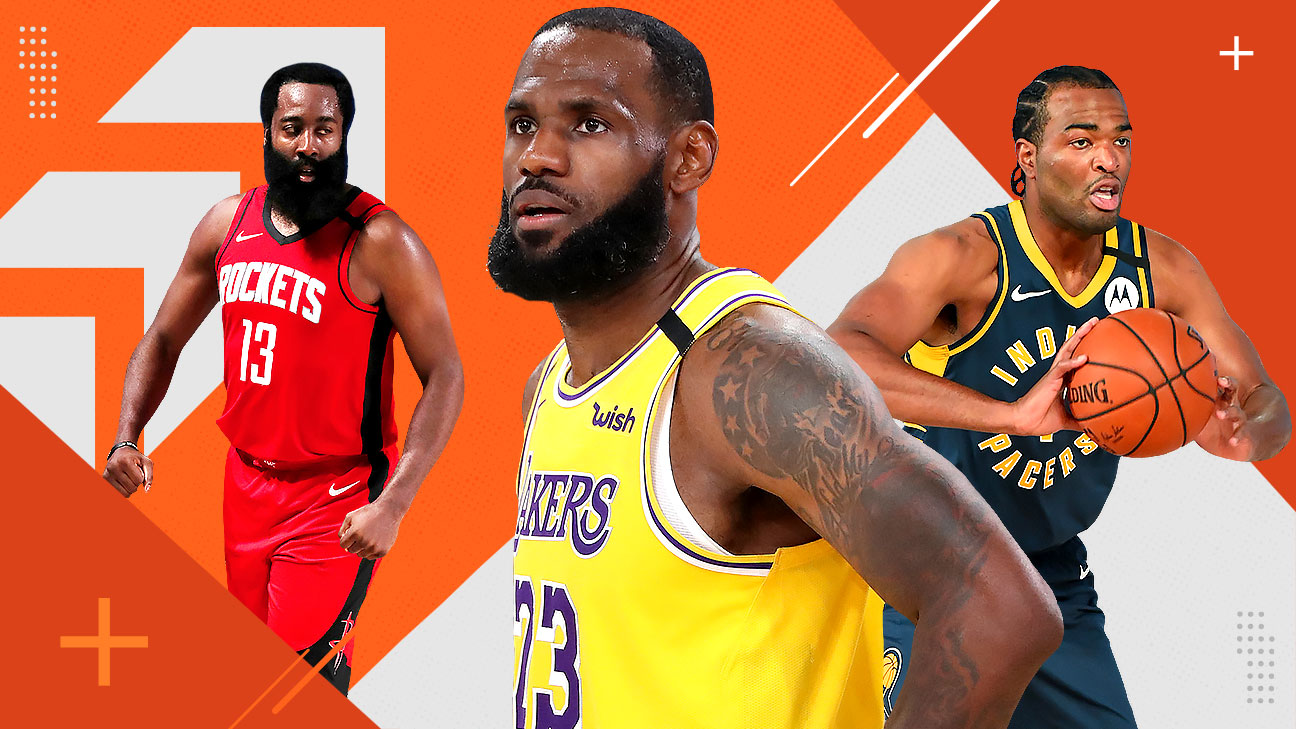