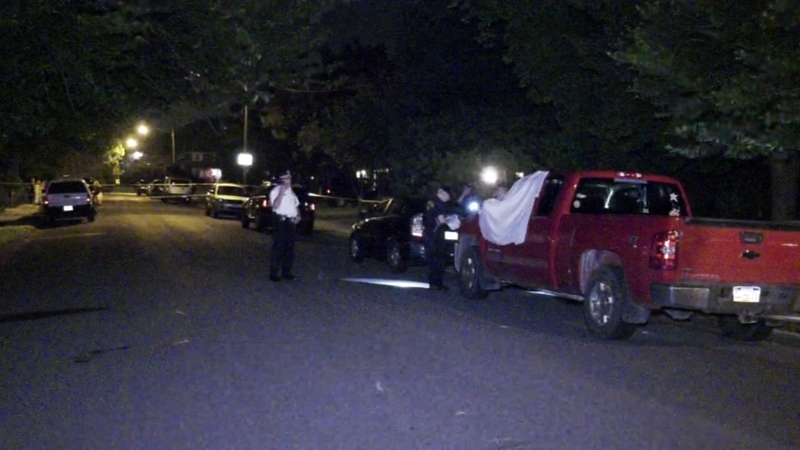 ROXBOROUGH (WPVI) -- People in the Roxborough section of Philadelphia are rattled by a double shooting that left one man dead.

The shooting happened Monday night in the 7700 block of Mathias Street.

Officials said a 32-year-old man was shot in the head inside his vehicle. He was pronounced dead at 10:35 p.m. by responding medics.

Police said one of the shell casings was found on the dashboard of the red pickup truck, leading them to believe the gunman was either inside the victim's vehicle or reached his gun inside before shooting him execution-style.

Investigators said a 27-year-old man who was on the side of the street was shot in the arm and the leg. He was taken to Albert Einstein Medical Center in stable condition.

Several neighbors say they heard several gunshots just before 10:30 p.m. and came out to find a bloody scene.

The wounded man called out for help.

Police say the suspect fled the scene in a dark vehicle, possibly a Jeep.

Both neighbors and investigators are shocked this happen.

"This particular area, the 5th district it is the quietest district in the city. It has the least amount of crime in the city," said Chief Inspector Scott Small. "Highly unusual for someone to be shot, let alone two people to be shot and someone being killed."

"Everyone knows everyone," said Chung. "This block is pretty tight. We have a neighborhood watch going on. It's really surprising to see this type of action going on."

There was no word on a motive for this shooting. The name of the man killed has not been released.