Newly discovered Comet Neowise is streaking past Earth, providing a stunning nighttime show after buzzing the sun and expanding its tail. See photos and videos from July Neowise sightings around the world so far.

A newly discovered comet is streaking past Earth, providing a stunning nighttime show after buzzing the sun and expanding its tail.

Comet Neowise - the brightest comet visible from the Northern Hemisphere in a quarter-century - swept within Mercury's orbit earlier this month. Its close proximity to the sun caused dust and gas to burn off its surface and create an even bigger debris tail.

Now the comet is headed our way, with closest approach on July 22 at a distance of about 64 million miles, according to AccuWeather. Check out the video above to see some of the sightings of the comet around the world.

The comet will be visible across the Northern Hemisphere through the end of the month, when it heads back toward the outer solar system. While it's visible with the naked eye in dark skies with little or no light pollution, binoculars are needed to see the long tail, according to NASA.

Originally visible only in the pre-dawn hours, Neowise can now be seen in the approximately an hour or two after the sun sets for the evening. It can be seen below the Big Dipper and will appear higher and higher in the sky with each passing day.

NASA's Neowise infrared space telescope discovered the comet in March. Scientists involved in the mission said the comet is about 3 miles across wit a nucleus covered with sooty material dating back to the origin of our solar system 4.6 billion years ago.

It will be about 7,000 years before the comet returns, "so I wouldn't suggest waiting for the next pass," Joe Masiero of NASA's Jet Propulsion Laboratory in Pasadena, California, told the Associated Press. 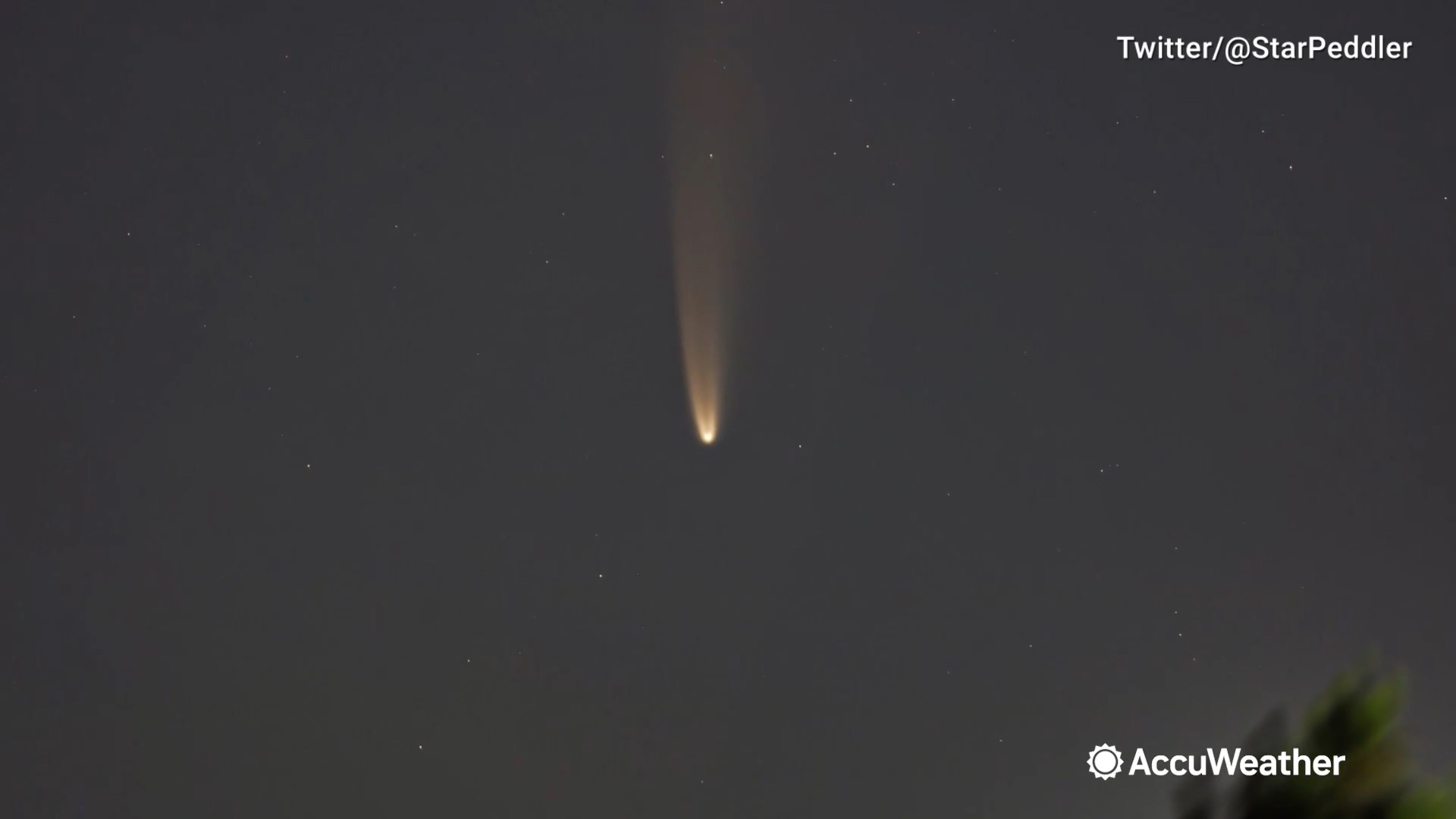 David Archuleta addresses fans who walked out of his Christmas show